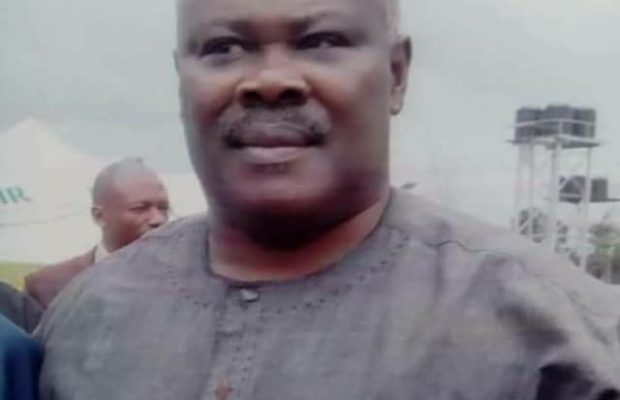 The sacked chairman of the Ukanafun Local Government Area, Akwa Ibom State, Abasiono Udomfu, has been arraigned in court for murder.

Governor Udom Emmanuel had dissolved the Ukanafun local government council few days after the police arrested and detained Udomfu for the alleged murder of the secretary of the local council, Ime Atakpa.

The police spokesperson, Chukwu Ikechukwu, in statement a on Wednesday said, that the sacked council chairman, alongside six other “principal accomplices”, had been arraigned at the Chief Magistrate Court Ukanafun for the murder of Atakpa.

The secretary and his political associate, Akaninyene Aka, were shot dead by hired assassins around 9.30 am on April 16, Easter Sunday, at his poultry farm in his village, Ikot Udo-Obobo, Ukanafun.

He was shot at close range allegedly by Aniefiok Etukudo and he died on the spot. Similarly, Mr. Aka, who was one of his guests was hit by a bullet; he later died in the hospital.

“The secretary was said to have frustrated the intention of the governor of the state to grant amnesty to ice-Land secret cult members in Ukanafun area, which did not go down well with the Transition Chairman and the leadership of ice-Land cult,” the police said.

“Consequently, the chairman allegedly ordered his personal assistant, PA, to organize members of the ice-Land cult to eliminate the secretary, to pave way for the amnesty programme, promising a huge sum of money if the job was successfully executed.

“Preparatory to the assassination, the Chairman’s PA held a meeting with the former youth leader of Ikot-Akpan Nkuk village in Ukanafun LGA, one Sunday Inanki ‘m’ at large and the current youth chairman of the village, one Akaninyene Sunday Iwok to draw out the plan.

“The current youth leader brought in two others namely Godwin Daniel Ikpe ‘m’ alias One-Man-Chop and Akaninyene Jumbo Uko alias Iso Akpafi ‘m’, a notorious killer also at large. After a discussion at Ikpe Annang village in Etim Ekpo LGA of the state sometime in April 2017 Udoudo alias Archor Head/Executioner who resides in Port was also contacted for the assignment.

“On 16th April 2017 at about 0700hrs, the group led by Akaninyene Jumbo Uko ‘alias Iso Akpafi ‘m’ assembled at a hideout in Ikot Udo-Obobo. Two of the members, Englishman presently at large and Saturday Etim Isong ‘m’ alias Saty who had earlier used motorcycles to spy on the secretary, were again sent to confirm his presence at his poultry farm.

“This they did and immediately returned to kill the secretary,” the statement added.