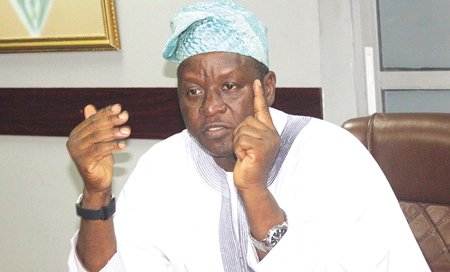 The government, he said,  remains resolute in its commitment to keeping the state clean and safe.

The recent challenges experienced in waste management, Bamigbetan said, were being addressed, adding that refuse disposal would be with ease once Vision Scape, the waste managers, starts its operations fully.

Bamigbetan said the Governor Akinwunmi Ambode administration discovered over 2,000 illegal dumpsites when it assumed office, adding that this led  to discontinuance of the  partnership with PSP waste osperators.

He said: “When we came on board, we realised there were many problems with the waste management system being championed by PSP operators. We found out that there are over 2,000 illegal dumpsites across the state and these PSP operators illegally dumped  refuse on these sites. We discovered the PSP operators still face logistics challenges, despite managing the system for several years.

“In delivering a modern method of waste management, the government has engaged Vision Scape, a private firm, to bring about effective and efficient way of waste disposal. The firm is expected to bring in 600 compactors and waste bins to manage waste in all the 377 wards across the state. The delay in the importation of these compactors is responsible for the challenges we are facing now.”

Describing Ambode as a “change-oriented governor”, Bamigbetan said the government, in the last three years, had invested heavily in security by equipping the security agencies with modern gadgets and ammunition. The objective, he said, was to protect  residents and create a safe environment for investment.

He said the government had the capacity to overcome any obstacle that may prevent it from delivering good governance to the people.

Bamigbetan said the visit  was to appreciate The Nation’s  in communicating the government’s achievements to residents and to cultivate more relationship with the paper.

Responding, Ifijeh described Bamigbetan’s visit as “home-coming”,  because the commissioner is a journalist. Ifijeh also hailed Ambode’s infrastructure programme, saying the governor had put the state on the global map.