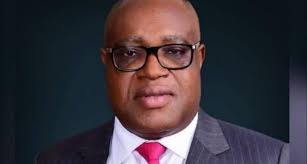 The death of Ossy Boise, who implicated an oil merchant, Dr. Gabriel Ogbechie in an alleged plot to assassinate politician, business mogul and international lawyer, Prince Ned Nwoko is currently causing ripples in the country.

Ogbechie had earlier been mentioned as the sponsor and backbone of some arrested thugs who had been involved in mayhem, murder and terrorism that took place in the ancient town of Idumuje Ugboko of Delta State few years back over the issue of who becomes the town’s next monarch. He had also been deploying his financial resources to procure services of senior lawyers for the suspects.

Sources revealed that Boise, who had faced a series of threats to his life and made several complaints to the Nigerian Police, died in mysterious circumstances, on the 30th of December 2020 shortly after his release from an Abuja correctional facility.

However, Boise had informed the family of Prince Ned Nwoko to be wary of an assasination plot allegedly being orchestrated by some prison detainees who were caused to be put behind bars through their involvement in the mayhem that rocked Idumuje Ugboko and reportedly sponsored by Gabriel Ogbechie, revealing he overheard the conversations on plans to have him (Nwoko) assassinated, over the kingship tussle.

In continuation of the investigations linking Ogbeche with the alleged assassination plot against Prince Ned Nwoko, the oil mogul was invited again this time to the Force Headquarters in Abuja by the IGP Monitoring Team for further questioning ?on January 4, 2021.

Meanwhile, top Deltans and members of Idumuje Ugboko community are wondering why Ogbechie had to run to the Inspector General of Police, Adamu Mohammed complaining of being detained and that the story emanating from his detention would hurt his business and sought an order of court to stop the investigation on the basis of his fundamental rights if his hands are clean.

Another question being asked is why Ogbechie is saying that he is not the only oil magnate from Ugboko while all Deltans know that no other indegene of the town is into the oil and gas business. .

“Who else has been funding and supporting those who terrorized indigenes of Ugboko. Who is paying the legal fees of senior advocates for the defendants. Who is arranging the bails of the defendants.

“Indeed who is to benefit from the sudden and mysterious death of Ossy who had complained to the police and Department of State Security (DSS) that he was being threatened for leaking the plot to assassinate Prince Ned.

“Above all he may not be aware that the deceased had made subsequent statements to the police identifying specifically that he (Ogbechie), the owner of Rainoil is the person behind the assasination plot. I think that was why he was killed,” a senior chief in Delta state said.

It will be recalled that Ogbechie was arrested and detained by the police on Friday December 4, 2020, but he was later released on bail to his lawyer, Barrister Ademola over the assasination plot against Prince Ned Nwoko. .

In an open letter to the Inspector General of Police prior to Ogbechie’s arrest, Prince Nwoko had alerted the IGP about a hatched plot to assassinate him over the Idumuje-Ugboko kingship tussle.

Nwoko had in the open letter urged the police to unearth the sponsors of those allegedly plotting to harm him.

Ogbechie hails from Idumuje-Ugboko in Aniocha North Local Government Area of Delta State and was said to be an estranged friend of Prince Ned, who is from the same town.

Ogbechie and Prince Ned Nwoko parted ways over the kingship tussle in the Nwoko Royal Family, a dispute that led to mayhem in Idumuje-Ugboko between May 18 and 25, 2017, where many supporters of Prince Ned were attacked with two people, Cyprian Kumiolun and Kennedy Iloh murdered.

Some of the alleged hoodlums involved in the Idumuje-Ugboko attacks are now facing trial for terrorism and murder at the Federal High Court Abuja under Justice Okon Abang.

Ogbechie is a supporter of Prince Chukwunonso Nwoko, one of the claimants to the disputed Idumuje ugboko stool and also among the accused persons in the terrorism trial, implicated to have imported the hoodlums that wrecked havoc on the village in 2017, but have the financial backing of Gabriel Ogbechie

Gabriel Ogbechie, had said that his arrest tale on social media was fabricated and sponsored ‘to embarrass and tarnish his reputation’.

But this was disputed by a source, who said that he was arrested and detained by the police before he was later released on bail based on a court order.

Now, the mysterious death of Ossy Boise was seen as a plot by Ogbechie and his supporters “to cover the plot to eliminate Price Ned Nwoko’. But we learnt from a police source that the Rain Oil boss is currently being fingered and investigated in the death of Ossy.