A notorious queen of drug cartel supplying psychoactive substances to traffickers in Taraba state, Lami Mai Rigima has been arrested by operatives of the National Drug Law Enforcement Agency, NDLEA months after being on their wanted list.

The 40-year-old queen of the drug world came under the anti-narcotic agencys searchlight when a number of traffickers arrested in the state in 2021 and early this year fingered her as their supplier. The manhunt for Lami paid off on Monday 4th April when operatives tracked her to her hideout in Iware village in Ardo Kola local government area of Taraba.

The search for Lami began in October 2021 following the arrest, prosecution and conviction of a drug dealer, Abdullahi Madaki, 50. After serving his brief jail sentence, Madaki returned to the illicit trade with Lami still as his supplier. He was however rearrested on 13th February 2022 while another trafficker, Jamilu Hassan, 20, who is also a member of Lamis supply chain, was nabbed on 24th Feb.

In Adamawa, operatives arrested a cross border drug trafficker, Emeka Okiru, 40, with 32,700 tablets of Tramadol 225mg under the brand name: Royal and Tramaking. He was arrested at Garden city, Mubi, Mubi North LGA on Tuesday 5th April while preparing to supply his customers who came from Republic of Cameroon. The drugs were found concealed in cartons of paintbrush.

At least, 172 kilograms of cannabis was recovered from two suspects: Zaidu Mohammed Kamba and Hussaini Dauda in Kamba area of Kebbi state on Monday 4th April by NDLEA operatives.

While commending the officers and men of the Taraba, Adamawa, Kebbi and Oyo state Commands of the Agency for their efforts, Chairman/Chief Executive of NDLEA, Brig. Gen. Mohamed Buba Marwa (Retd) charged them and their compatriots in other commands across the country to sustain the tempo of offensive action against the drug cartels in every part of Nigeria. 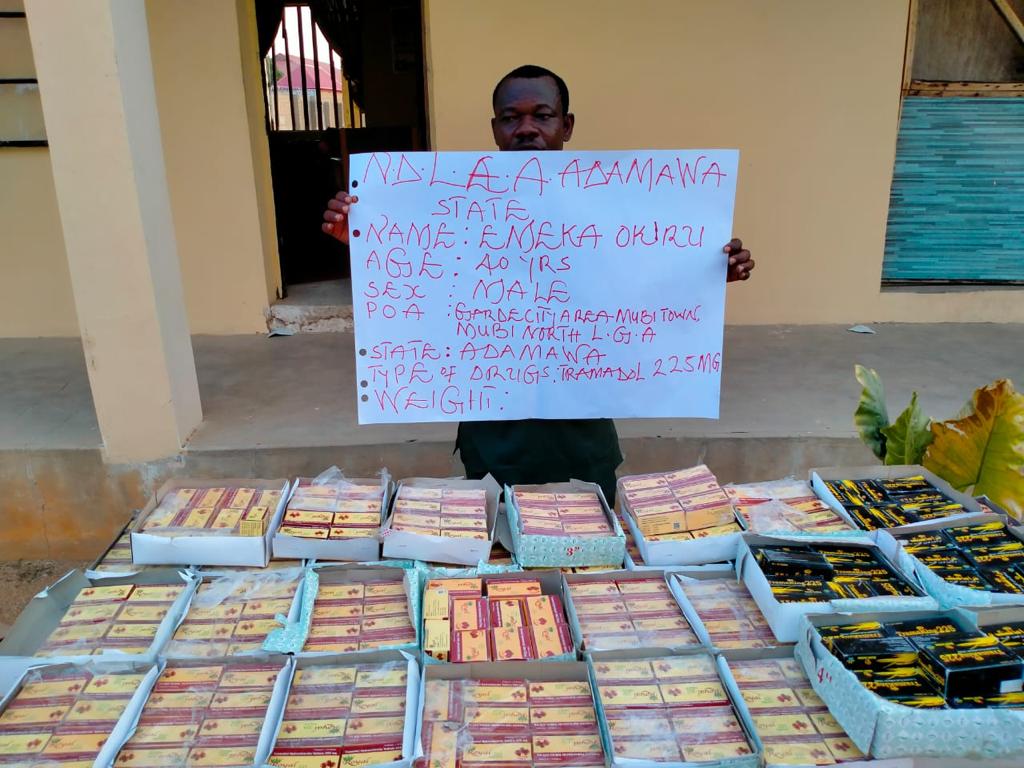 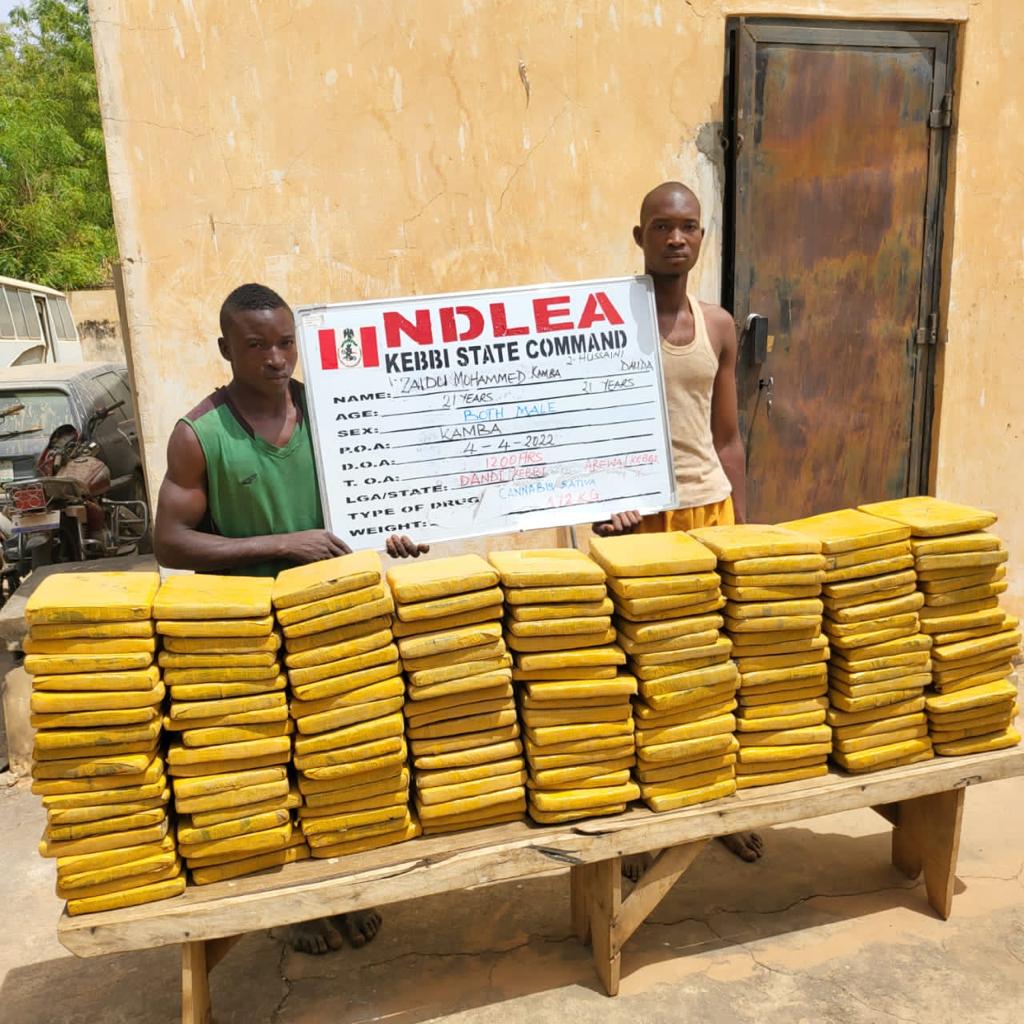 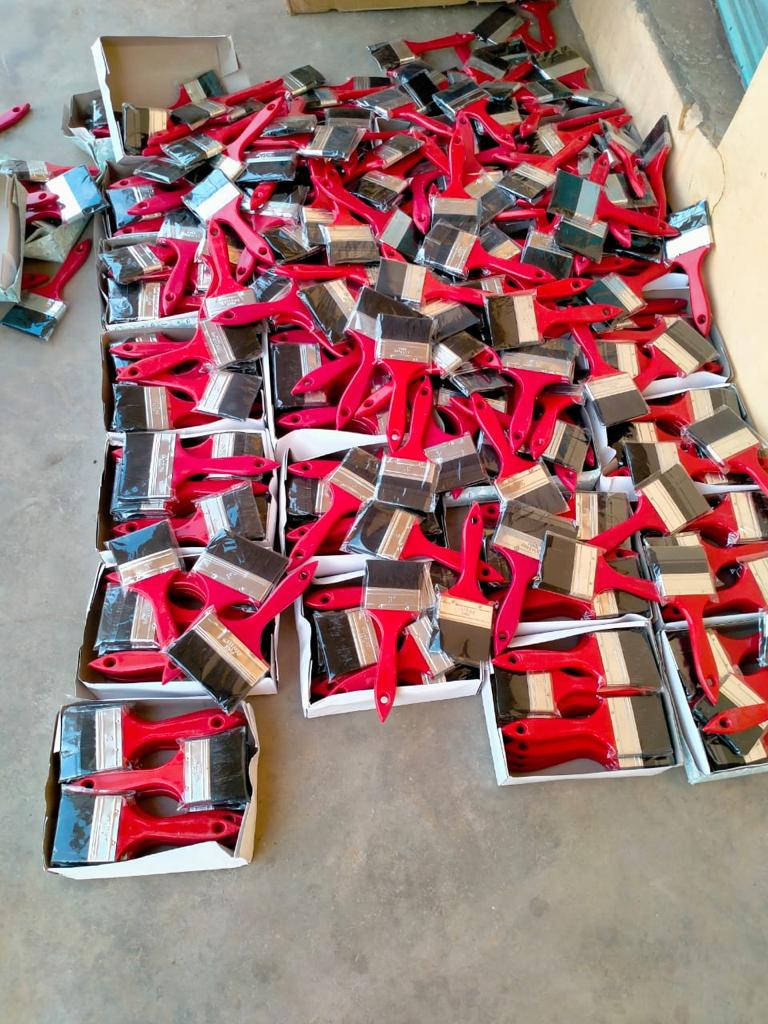