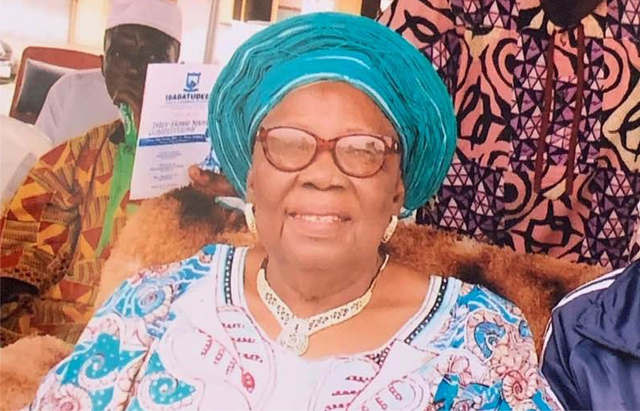 Prominent Businessman & Tax Consultant, Chief Akinyele Oladeji has announced the passing away of his mother, Mrs Adetoun Oladeji (Popularly known as ‘For The Mama Ke’) in Ibadan, the capital city of Oyo State.

Until her demise, ‘For The Mama Ke’ was a renowned business woman and philanthropist, a devout Christian.

The son, Chief Akinyele, who is the Managing Consultant/CEO of CSDC Consulting Nigeria, in a special statement informed that the family would publicly announce burial arrangements.

The late Mrs Adetoun Oladeji is survived by many children and several grand and great grand-children.