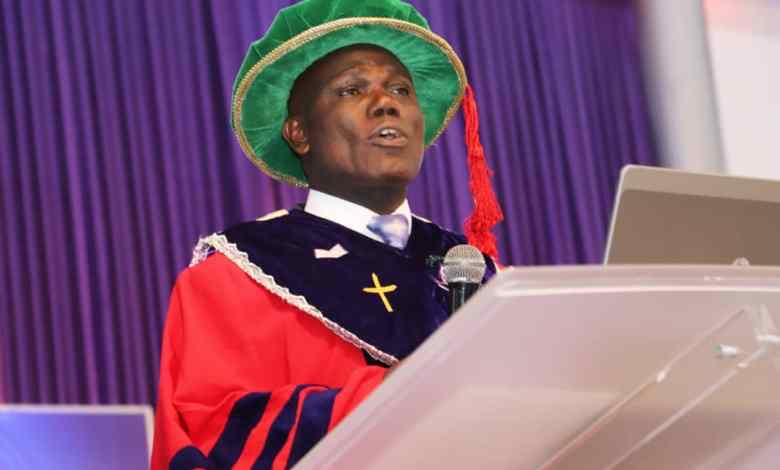 A Professor of Public Administration, Daniel Gberevbie, says public administration in Nigeria can be made responsive to the needs of the people in terms of improved public service delivery.
He said the country could achieve this through the family, the school, religious centres, establishment of core administrative schools, and proper compensation of public administrators.
While citing the need for parents and older siblings to act as role models to their children at home in good values, priorities, and orientation, Professor Gberevbie said it was necessary because today’s youth were the public administrators of tomorrow.
He posited that teaching the child sound discipline and godly training as part of the school curriculum would help produce ethically sound future public administrators.
He said sound religious teachings could catalyze producing future public administrators prepared to properly implement government policies and programmes for the citizens’ benefits.
The establishment of core administrative schools, regular and improved compensation of employees’ could also enhance their performance, he noted.
The forgoing formed the kernel of Professor Gberevbie’s recommendations for addressing the hydra-headed malaise that had made public administration in the country unresponsive.
He made the assertions as the inaugural lecturer at the 25th Inaugural Lecture of Covenant University held on Friday, July 30, 2021.
Professor Gberevbie, who delivered the lecture titled ‘A March to the Future: Issues in Public Administration in Nigeria’, said the government formulated public policies for implementation to achieve its overall goals.
He said that proper implementation happened if there were adequate implementation strategies and competent personnel or administrators.
He added that evidence abounds that Nigeria wasted scarce resources without a robust public administration framework and the availability of qualified, ethical public administrators.
According to him, contemporary Nigeria may find the solution to her challenges in a viable practice of public administration.
He, however, said the country needed genuine administrators to overcome the inefficiency and lack of accountability at the different levels of government in the country.
The inaugural lecturer stated that ethical issues, accountability challenges and mismanagement of public resources at different levels of government had created a development deficit in present-day Nigeria.
“This is because public funds that public administrators should have channelled into infrastructural development were in most cases diverted into private bank accounts of some public administrators entrusted to manage the funds,” said Professor Gberevbie.
He said some documented empirical evidence of poor management of public resources by some political leaders and public administrators in Nigeria included the mismanagement of the Nigeria Police Pension Fund and the mismanagement of the activities of the pension reforms task team.
He listed others as salary fraud in Ministries, Departments and Agencies; and subsidy payments on imported petroleum products.
Professor Gberevbie lamented that the petroleum sector in Nigeria had become a major drainpipe through which the public money was siphoned into private bank accounts of some public administrators, thereby denying the country and citizens the necessary funds required for national development.
“In present-day Nigeria, public officials/administrators’ unethical behaviour and wastefulness in the management of public resources and unsustainable public spending by the Nigerian government have made Nigeria’s debt profile climbed to an all-time high,” he stated.
The inaugural lecturer posited that the leadership gap in the Nigerian public administration was manifested in poor accountability, unethical behaviour, and poor educational standard.
He stated further that the void had manifested in lack of leadership training, nepotism and undue favour to one’s own ethnic and religious affiliation.
Professor Gberevbie, the Head, Department of Political Science and International Relations at Covenant University, said the institution with a firm stand against examination malpractices, indiscipline and cultism, was better positioned to champion the training of public administrators. He said Covenant would do this by reactivating the study of public administration at the undergraduate level.
While making his comments on the lecture, Pastor Niyi Beecroft, representing the Chancellor and Chairman, Board of Regents, Covenant University, Dr David O. Oyedepo, appreciated the inaugural lecturer for a well-delivered and insightful lecture.
He expressed skepticism about Nigeria’s future, stating that the country was facing an existential challenge at the moment, “because issues in Nigeria, today, did not exemplify unity”.
He added that wherever Nigeria preferred to go, issues raised by the inaugural lecturer would be germane. According to Pastor Beecroft, the issues of crime in public administration, as documented by Professor Gberevbie,  indicated that the complete atmosphere of impunity was the greatest travesty.
He said the testimonial of Covenant University was of God doing something out of seemingly nothing, adding that, “the greatest challenge of Nigeria is about the transformation of the people”.
In his remarks, the Vice-Chancellor, Covenant, Professor Abiodun H. Adebayo, said public administration in the developed world had become so crucial that socio-economic growth and development depended on an effective and efficient public institution. He said practitioners were expected to observe proper ethical standards, be accountable, and be responsive.
He, however lamented that, with her profile of over 175 million people, a landmass of nearly one million square kilometers, and being the 7th largest producer of crude oil, the nation was grappling with economic growth and development issues due to an inept public administration.
Professor Adebayo said it had become compelling to undertake a critical assessment of public administration in Nigeria to chart a course for public administration in the country to be ethical, accountable, and responsive in delivering public services.
Asides the presence of prominent members of the University including the Registrar, Pastor Oluwasegun Omidiora and a host of other members of Management, the 25th Inaugural Lecture of Covenant was graced by members of the University Senate, faculty, staff and students, distinguished guests from different fields of endeavour, and family members of the inaugural lecturer.
Related Topics:
Up Next