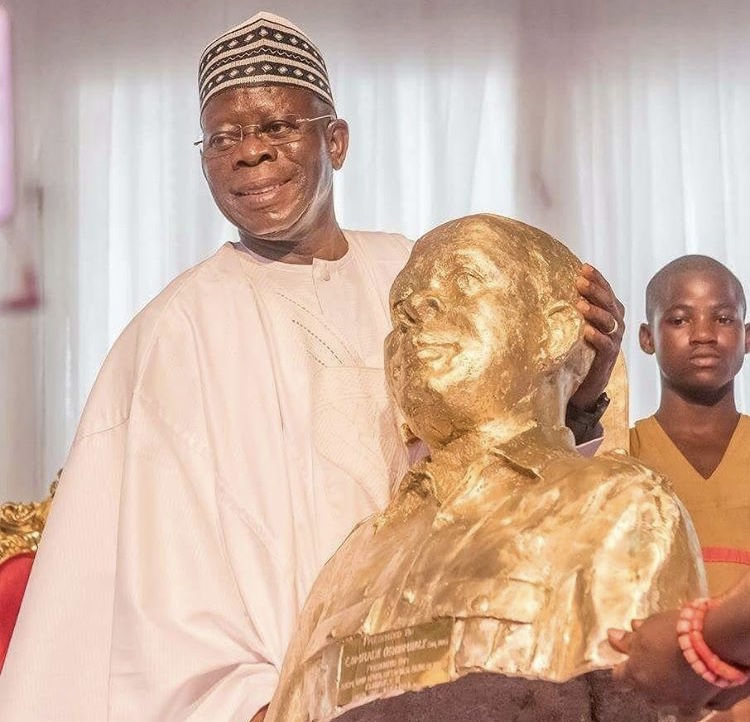 In a statement issued by his Special Adviser on Media and Publicity, Mr Femi Adesina in Abuja on Tuesday, Buhari felicitated with the foremost labour leader, his family, friends and colleagues on the milestone.

The President noted with delight that Oshiomhole had won various awards and recognitions for courageous and selfless service to humanity, the nation and his community as a former leader of the Nigerian Labour Congress (NLC) and a governor.

The President extolled the vision, bravery and forthrightness of Oshiomhole in instituting long lasting changes in Edo for eight years, particularly the investments in people by enhancing the health, educational and physical infrastructure standard of the state.

As a unionist and labour leader, Buhari acknowledged the vocal and frontline roles Oshiomhole played in ensuring a return to democracy and the entrenchment of democratic principles in governance.

He noted that Oshiomhole achieved this feat by continually challenging the norms and emphasising the rule of law, people friendly policies, probity and accountability.

The President affirmed that “the nation has benefitted a lot from the robust and responsive leadership style of the former governor, believing that as he grows older, his invaluable wisdom will be most useful for the growth of the nation.’’

He prayed that the almighty God would grant Oshiomhole “longer life and good health to keep serving the nation he loves so much.’’