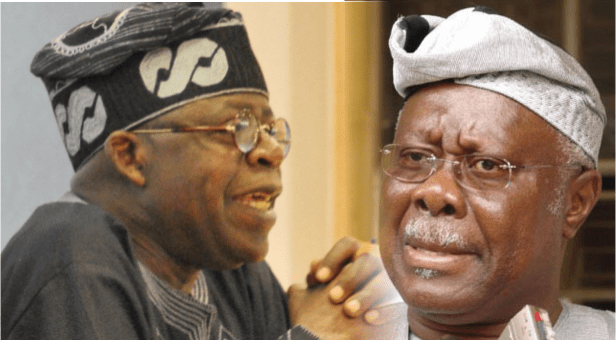 The Lagos State chapter of All Progressives Congress, (APC), has dismissed the 2023 presidential bid of the former Deputy National Chairman, Peoples’ Democratic Party, (PDP, Chief Bode George, saying he is a politician who has no relevance in the politics of Lagos State.

The party expressed disappointment in Geroge for blaming his political misadventure over the years on former governor of Lagos State, Bola Tinubu.

The Publicity Secretary of the party in Lagos State, Seye Oladejo urged George to provide leadership at the state chapter of the party before thinking of leading the entire country.

He said, “Our attention has been drawn to the purported presidential ambition of Chief Bode George through newspaper interviews.

“The dreamy Nollywood ambition itself would ordinarily not have been dignified with a response, but for his focus on his political nemesis, Asiwaju Bola Ahmed Tinubu.

“Our candid advice is that Chief George should first provide leadership in his homestead before venturing beyond. His inability to deliver his polling units during elections speaks volumes about his electoral value.

“His major selling point of having become a governor at 42 years and the not so glorious stint at the Nigerian Ports Authority (NPA) should best be confined to the dustbin of history’.