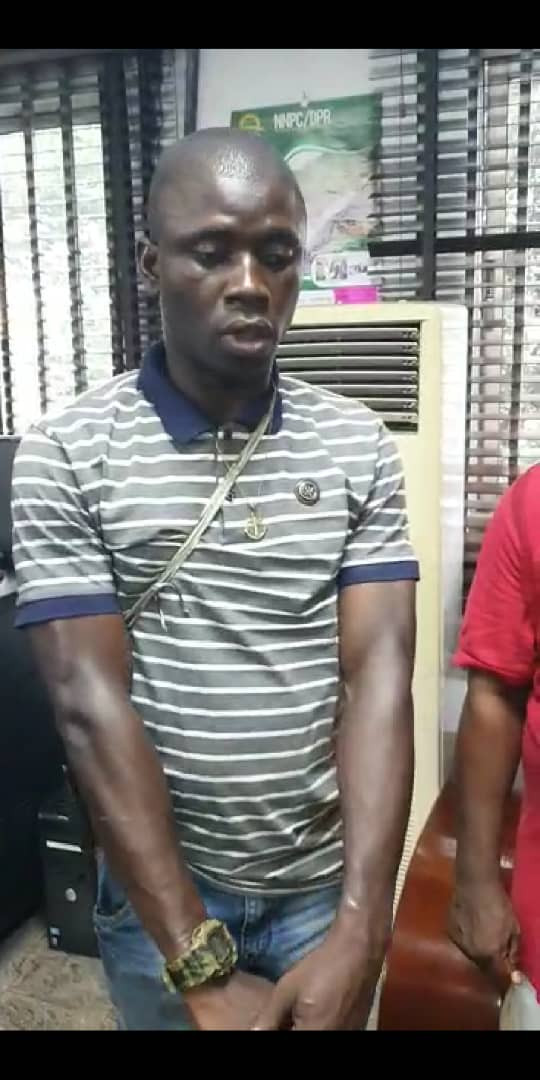 The notorious serial killer linked to the deaths of over 15 girls in some hotels in Port Harcourt, Rivers State, has been arrested after a CCTV footage of his last operation went viral.

The suspect was arrested on Thursday September 19, by officers attached to the Rivers State Police Command. The 26-year old former militant from Buguma LGA of Rivers State, who is also a member of the Degbam cult group was arrested along East-West Road enroute to Uyo from Port Harcourt.

The Nigerian police in its tweet confirming his arrest, said an investigation to uncover motives of the killings is ongoing. Read the tweets below;

We did not approve poster with MC Oluomo’s photo – UNILAG