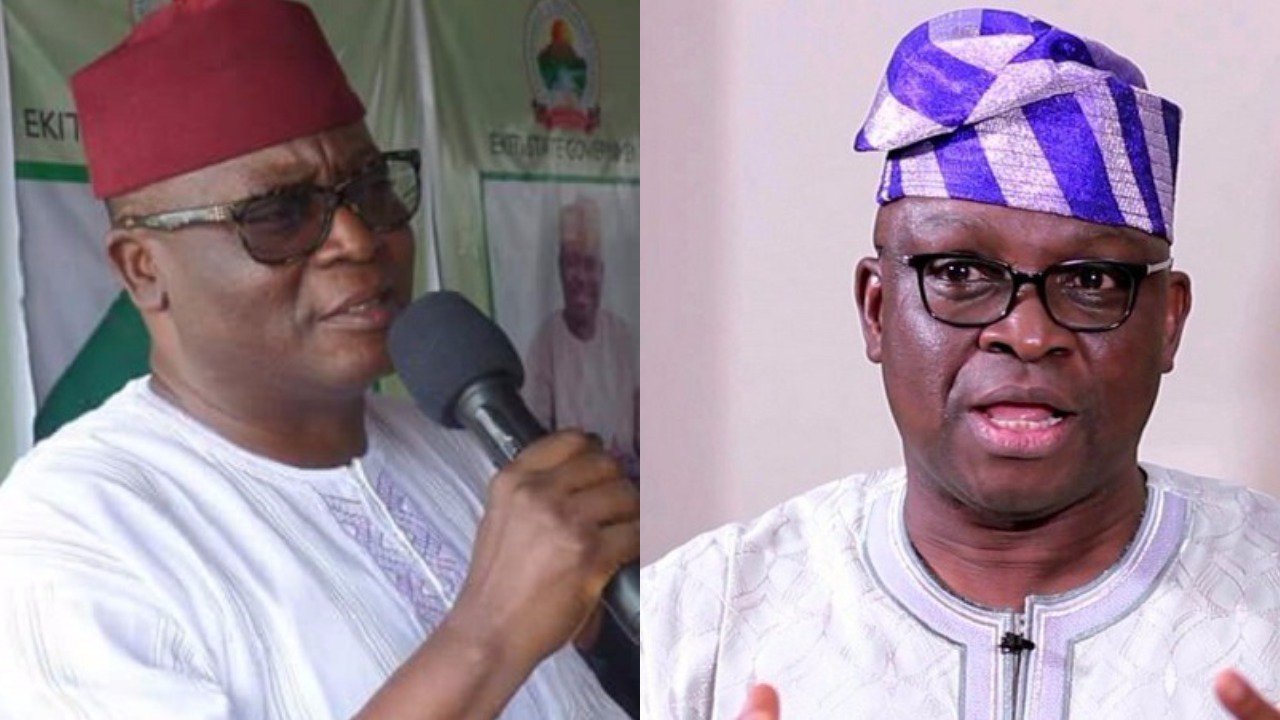 A former National Publicity Secretary of the Peoples Democratic Party, PDP, Prince Dayo Adeyeye, has told Governor of Ekiti State, Mr. Ayodele Fayose, that his actions cannot force notable citizens of the state out of the party.

Adeyeye also accused the governor of reaping where he did not sow by hijacking the structures of the PDP in the state.

The former Publicity Secretary, who spoke with Punch yesterday, said he was speaking on behalf of some governorship aspirants in the state, who had accused Fayose of sidelining them in the running of the party in the state.

Others who have joined Adeyeye to condemn Fayose are a former Nigerian High Commissioner to Canada, Dare Bejide; a former Commissioner for Justice, Owoseni Ajayi; and a senator representing Ekiti-South, Mrs. Abiodun Olujimi.

Fayose, while speaking at a declaration of the governorship ambition of Olusola in Ado Ekiti on Tuesday, said that he would not apologise for adopting Olusola.

But speaking, Adeyeye, a former Minister, said “It is sad that we have a governor who has no respect for authority and the leadership of the party.

“We are not going to beg him to do the right thing. He has no capacity to send us out of the house we built.

“Where was he when we were building the PDP? If he is so popular as he is claiming, how did he lose the senatorial election in 2011 when he ran on the platform of the Labour Party?

“They did a declaration in Ado-Ekiti on Monday and it was a failure. Fayose knows what he is doing and we are aware of his manipulations. We know why he picked an unpopular person.

“The reason is that, he is working for the opposition and is already negotiating with them. He wants the PDP to lose the election.”

Adeyeye wondered why no member of the opposition had joined the PDP since Fayose became governor.

“If he claims to be popular, why has his actions and his so-called achievements not attract people from the All Progressives Congress and other political parties?” He queried.

Adeyeye added, “The governor has been bragging and going about with threats that he would expel delegates that do not follow his candidates.

“That will not happen because these are the people that built the party when Fayose joined our detractors and also went to labour in vain in the Labour Party. With or without him, therefore, We will triumph in the state.”

2019: Buhari not too old to contest, Obasanjo behind Nigeria’s problem – Group