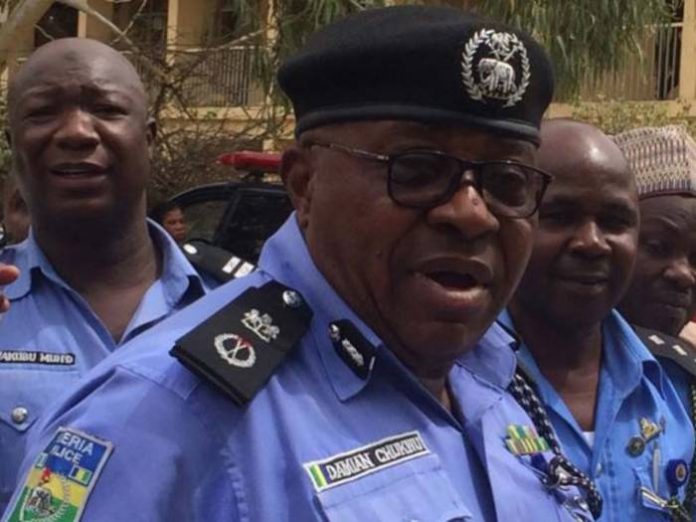 The Police in Borno have arrested four suspected kidnappers and rescued one victim at Tuga village in Damboa Local Government Area of the state.

The Commissioner, Mr Damian Chukwu, made disclosed this at a news cnference in Maiduguri.

Chukwu disclosed that the suspects had on Dec. 13, 2018, kidnapped one Hassan Muhammad and requested for N21 million ransom from his family.

He explained that one of the suspects, Usman Abdul, 18, was arrested at the victim’s house when he went to collect the money.

Chukwu disclosed that Abdul escorted a team of the police and members of the Civilian Joint Task Force (CJTF) to their hideout where three other members of the gang were apprehended.

Chukwu said that the police recovered one AK-47 riffle, a pistol, Dane gun and 32 pieces of ammunition; adding that some family members of the victim sustained injuries in the rescue mission.

According to him, the suspects, upon interrogation, admitted the crimes, saying it was to enable them get money to restock their herds rustled in the area.

Chukwu added that the suspects claimed that 47 cows and 83 sheep were stolen from their herd.

The commissioner further disclosed that the police arrested one Bilal Babayola, in possession of a stolen vehicle.

Chukwu revealed that the suspect was arrested in Maiduguri, on Dec. 18, 2018 while driving a Honda car with Registration No: Abuja AE 238 MDS.

He said the command had so far established the owner of the car and it would be released sequel to the presentation of proof of ownership certificate.

Meanwhile, the police also destroyed 4,960 parcels of Indian hemp seized by the command in Maiduguri.

Chukwu said that the destruction of the narcotic substance was in line with the order of the Federal High Court, Maiduguri.

He disclosed that the police on Aug. 20, 2014, arrested one Kole Aladejobi, who was a passenger in a truck conveying 248 bags of cannabis at Ngomari area of Maiduguri.

The commissioner said that the driver of the truck escaped on sighting the police, while Aladejobi was charged to court on June 8, 2015.

According to him, the court has convicted the accused person and ordered for the destruction of the substance presented before it as proof of evidence.