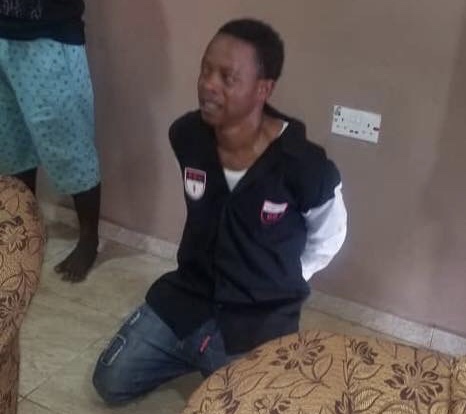 The Police have finally apprehended the Togolese cook who killed the chairman of Credit Switch Technology, Chief Ope Bademosi. The Police had earlier vowed to arrest the fleeing suspect.

Chief Bademosi was murdered in his Onikoyi Lane, Park View Estate, Ikoyi home in the early hours of Wednesday by his domestic staff who was engaged three days before the incident. He was stabbed severally on the chest.

According to the Police, the suspect, whose real name is Sunday was arrested in Ondo earlier today (Friday).

Information reaching The Boss revealed that the suspect has worked for some Nigerians whom he ‘robbed blind’ and absconded. Some of them include music sensation, Oladapo Daniel Oyebanji popularly known as Dbanj and ace producer, Don Jazzy.