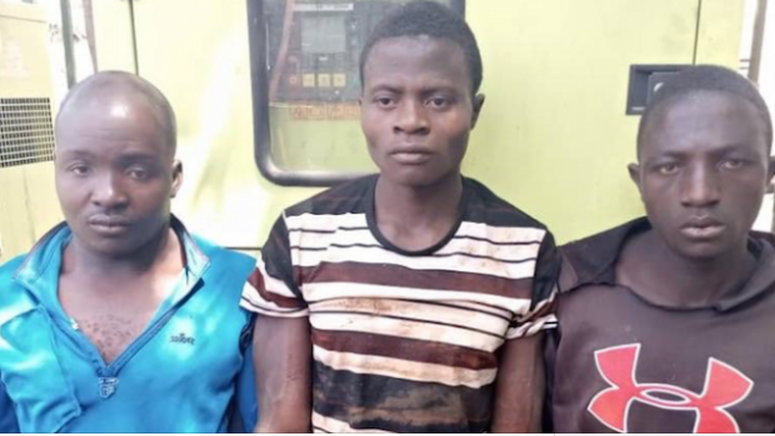 The police say three suspected members of Ansaru militant group were arrested during the raid on the militants’ camp in Kaduna.

Frank Mba, police spokesman, disclosed this in a statement on Sunday.

Mba said eight suspected militants have so far been arrested.

He said investigation revealed that the suspects were actively involved in the recent attack and attempted kidnap of Umaru Bubaram, emir of Potiskum, Yobe state.

He said the suspects are already assisting the police with useful information relating to “the membership spread and make-up, criminal/operational records, logistics and general modus operandi of the terror group” .

He also said they were involved in several other kidnap operations and attacks on commuters and other citizens along some major highways in the north-west and north-central states.

He said investigation also revealed that some citizens support the insurgents “by deliberately doing businesses with them through the supply of essential goods, drugs and other services”.

The police raided a camp of the group in Kuduru forest, Birnin-Gwari area of the state, killing “250 fighters” last Wednesday.

During the operation, the force lost Muhammed Abubakar, an inspector, while 13 other officers sustained wounds. On Saturday, one of the wounded officers died.

Buratai: Why it’s difficult to wipe out Boko Haram

Farida Waziri: We knew Obasanjo was innocent of 1995 coup allegations