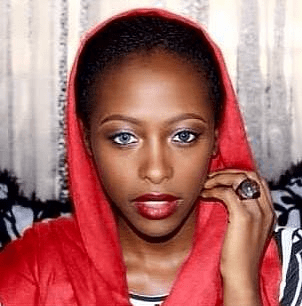 The police on Friday arraigned Inagozie Godwin, who allegedly shot and killed Anita Akapson, a niece of former Minister of Finance, Nenadi Usman, in an FCT High Court in Zuba.

In a criminal charge filed by the Commissioner of Police against Mr Godwin, police stated that Anita Akapson, 31, was shot to death on October 13, at about 9.45 pm, at Katampe, Abuja.

The accused pleaded not guilty to the one-count charge of culpable homicide contrary to section 22(3) of the penal code and punishable under section 22(4) of the same code.

The court noted that the offence is a culpable homicide and is not punishable by death, but carries a maximum sentence of life imprisonment.

Consequently, Donatus Abah, the prosecutor requested a date for commencement of trial of the accused police officer.

The counsel to the defendant, Paul Samson, however, informed the court of his client’s bail application, dated October 30, and filed same day.

He claimed that the defendant was going through health challenges, presenting a medical report from National Hospital, a travel visa and a certificate of clearance for the accused to travel for medical treatment.

Mr Samson also presented a medical report that the defendant has a sickness.

He relied on section 162 of ACJA to persuade the court to grant the accused bail which applies in offences that carry not more than three years sentence.

After taking submissions by both counsels on the bail application, the presiding judge, A.O Ebong, admitted the defendant to bail in the sum of N50 million with two sureties in like sum.

Mr Ebong ordered that the sureties who must be serving public servants who must not be below the position of directors, must be resident in their personal houses and must equally swear an affidavit of means respectively.

The judge ordered that the identities and particulars of the sureties must be verified by the court.

Mr Ebong, in his ruling, held that the court did not grant the accused bail based on the submissions made by the defence counsel with respect to the ill health of the DSP.

He further ordered that the accused must not travel without leave of court and should deposit his international passport and other relevant travel documents to the registrar of the court.

The judge adjourned the case until November 29 for trial.

Reacting after arrangement, human rights activist and counsel to the plaintiff, Kayode Ajulo, kicked against the bail granted the defendant.

According to Mr Ajulo, the issues canvassed and argued in the counter-affidavit of the prosecution were “so watery, porous and riddled with incompetence”.

“One can only wonder if the lawyer went through the four walls of Nigeria Law School.

“The case of the gruesome murder of Akapson, before the FCT High Court makes the heart of a reasonable man bleed, leaving so much to be desired of a legal practitioner.

Adebayo Shittu Presented A Tax Receipt Of N5,000 Naira To Be Made Minister.