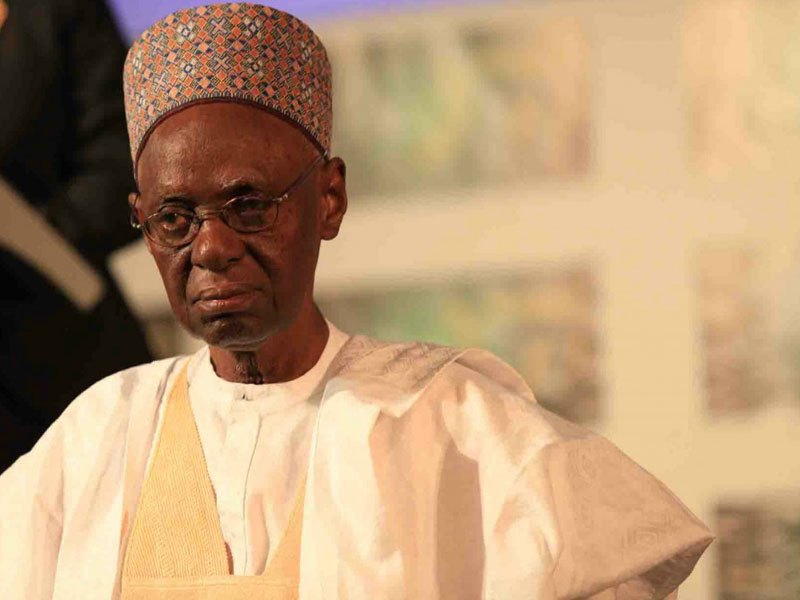 The Peoples Democratic Party has called for the immortalisation of former President Shehu Shagari who died Friday.

Uche Secondus, the national chairman of the party, said Nigeria had lost one of its “most compassionate and humane leaders”.

Mr Secondus, in a statement issued by his media aide, Ike Abonyi, on Saturday, said that Mr Shagari was the last man standing among principled leaders upon whom the democratic foundation of the country was established.

He said that Mr Shagari as president in the Second Republic ensured that his reign caused minimal pain to the people because of his humane approach to governance.

The national chairman said that Nigeria would miss Mr Shagari ’s fatherly counsel, especially at this time when the country is passing through difficult challenges ahead of a major election.

“The Second Republic president will be remembered for his principled approached to governance and his God-fearing disposition as evidenced in the way and manner he piloted the affairs of the country within the ambit of the rule of law, without nepotism, bias of religion, tribe or geography from 1979 to 1983,” Mr Secondus said.

The PDP national chairman further said that the former president’s legacies in the political evolution in the county would endure.

He added that Nigerian politicians had great things to learn from the way and manner the great democrat operated while he held sway in the nation’s polity.

He said that the PDP had a lot in common with the late president in the development of democracy in the country and said that he would be greatly missed.

He said the PDP had already sent its condolences to the Governor of Sokoto state, Aminu Tambuwal, and the entire Shagari family, on behalf of the National Executive Committee and members of the party at home and abroad.

Mr Secondus charged the people of Sokoto state and the immediate family of the late former president to take solace in the fact that Mr Shagari lived a peaceful life and left behind huge legacies as a teacher, politician, and father.

In a related development, the PDP has in a statement issued by its National Publicity Secretary, Kola Ologbondiyan, described Mr Shagari’s death as a “national tragedy“.

He said the deceased made immeasurable sacrifices for the development, unity and stability of the country.

He added that Mr Shagari’s excellent performance as a political party administrator stood him out for the Presidency in 1979.

Mr Shagari was a member of the House of Representatives, Parliamentary Secretary to Prime Minister Abubakar Tafawa Balewa, at various times minister of Commerce and Industries; Economic Development, Pensions, Works and then Finance.
Shagari was also a governor of the World Bank and member of the International Monetary Fund (IMF) committee of 20.

“The PDP is therefore, deeply sorrowful that President Shehu Shagari took his bow at the time our nation needs his wealth of experience the most, particularly in the quest to restore good governance, national cohesion and economic prosperity that have eluded us in almost four years.

“In all, President Shehu Shagari remains a political colossus and the PDP urges the National Assembly to further immortalise him, by mandating the Federal Government to name a foremost national institution after this great patriot.

“The PDP commiserates with the Shagari family, the government and people of Sokoto state, the Council of State and the entire nation for this irreparable loss and prays the Almighty Allah to grant him eternal rest,” he said.