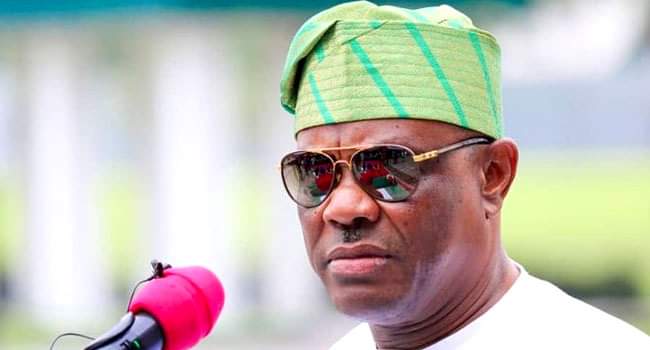 The Peoples Democratic Party (PDP) has finally announced a campaign team ahead of the 2023 presidential election. It appointed Akwa Ibom State Governor Udom Emmanuel as the Chairman of its Presidential Campaign Council (PCC), while Sokoto State Governor Aminu Tambuwal was named Director-General of the party’s National Campaign Management Committee (NCMC). Both men will be leading the campaign with the aim of getting former Vice President Atiku Abubakar elected as the President of Nigeria.

But our correspondent, like many other concerned Nigerians, is wondering what the next line of action would be from the stable of Governor Nyesom Wike of Rivers State. It is as if the opposition party had called the bluff of the Rivers State helmsman by going ahead to unveil a campaign team.

Our correspondent also gathered that the decision of the party to keep Senator Iyorchia Ayu in office as National Chairman remains unacceptable to Wike and his men. A source even revealed that the governor vowed not to have anything to do with Atiku’s campaign if Ayu remains in office.

All members of the council are scheduled to be inaugurated on Wednesday, September 28 at the International Conference Centre In Abuja. While Wike was named a member of the council that had Governor Seyi Makinde as vice chairman, South.

our correspondent observed that no other notable ally of the Governor made the list. “The party has decided to move on with or without Wike. What we should now wait for is the next line of action of the Rivers State governor. He is still hell bent on having Ayu removed as chairman ahead of the 2023 presidential election, in the interest of equity and fairness within the party,” a party leader told our correspondent on Saturday.

The absence of Wike’s men is very conspicuous and it is not the only one wondering why as many people within and outside the party are already talking about it. The appointments were contained in a release signed by the party’s National Organising Secretary, Umar Bature, on Thursday.