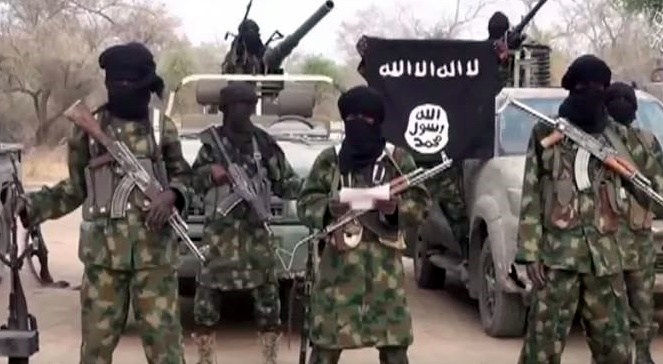 A group, Patriotic Front of Nigeria has accused the People’s Democratic Party (PDP) of working with terrorists and separatist groups to disrupt the 2019 General Elections, saying that this strategy marks a new low for even the former ruling party, which it will seek to compel the courts to ban should it persists in undermining the nation.

National Coordinator of Patriotic Front of Nigeria, Dr. Rabiu Usman who spoke in Abuja on Sunday specifically alleged that the PDP has working relationship with the Indigenous People of Biafra (IPOB) and top Boko Haram terrorists commanders to create an atmosphere of fear and uncertainty in order to discourage people from exercising their franchise.
Dr. Usman said it is no coincidence that the PDP is always ready with a response within minutes of Boko Haram attacks noting that only people that have pre-arranged deals with the terrorists to carry out attacks could respond with such speed and that the kind of reaction from the party indicate more of an organization that is gloating over the killing of Nigerians as opposed to one that identify with bereaved families.

He pointed out that “It is glaring that what the PDP is doing is nothing but shedding crocodile tears because whatever is happening today in terms of terrorism has the foundation laid in the 16 years that the one-time ruling party was in power. It is convenient to shift the blame to a party that has been in office for a little over three years but the reality is that PDP owns the responsibility for what is happening in Nigeria.

“A situation where the PDP presidential candidate, Mr Atiku Abubakar, own up to knowing how Boko Haram started and he has not been censured is most ridiculous. If we look at it critically, he is the most senior politician in his party and he admitted that he and his fellow politicians started Boko Haram by using extremist youths for political thuggery. If the PDP politicians started Boko Haram then they apparently still control this satanic group and they have mobilized Boko Haram to do damage ahead of the elections for which President Muhammadu Buhari can easily blamed.” He explained.
The PFN National Coordinator further accused the PDP of activating IPOB to frustrate the elections saying the separatist group’s leader, Nnamdi Kanu, whose whereabouts were previously unknown for over a year, suddenly surfaced the moment, Mr. Peter Obi from the same ethnic group was announced as Mr. Atiku’s running mate.
According to Usman, “the original plot was for Nnamdi Kanu to openly drum support for the PDP candidate but this was plan was suspended and ultimately reversed when it became apparent that a growing section of the population felt insulted by Kanu’s betrayal when he was reported to have been killed by security forces only for them to discover that he went into hiding while leaving them with a worthless cause.

“Kanu’s continued insistence that there will be no election if there was no referendum to decide the fate of the defunct Biafra was part of a larger scheme to make people believe he is still the separatist leader they used to know. In fact there was the alternate rendering of the event, which has it that Kanu was working for President Buhari and that was like bonus for the PDP since it was able to shift attention away from itself by having people accuse Kanu of working for Buhari.” Dr. Usman stated.
He expressed dismay that the PDP is dwelling on the falsehood generated from the activities of Boko Haram to denigrate the Buhari Presidency while noting that this strategy has never won elections for anyone in the world.

Usman hereby puts PDP on notice that Nigerians will hold it accountable for any degeneration in the security situation in the country if it continues to deploy Boko Haram and IPOB to undermine the safety of Nigerians in order to have incidents it will use to campaign against President Buhari. We will be compelled to resort to legal means to deal with the PDP if it continues to undermine security in Nigeria, which would include approaching the courts to ban the party a recognized entity in Nigeria,” He warned.

How Muslims, Christians can live in peace – Sultan