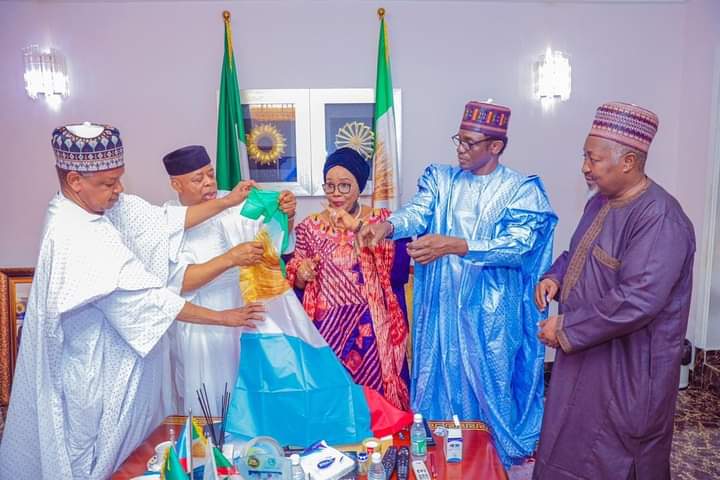 Sen. Emordi, said she was convinced that the future of a prosperous and united Nigeria lies in the APC.
She described the APC leadership as sincerely and genuinely committed to a united Nigeria that has plans for the future generation.
The legislator assured the party of her loyalty and her supporters to the party.
Sen. Emordi said “the APC led federal government is working for the South East and this is attracting more PDP members into APC.”

The Chairman CECPC Mai Mala Buni, expressed delight with the decision taken by the board member to contribute to the unity of the country.

Governor Buni said the coming of Sen. Emordi and other prominent politicians from the South East into the APC will promote national unity.

He said South east is a strong political block and very crucial to the unity of the country, this will no doubt add to national cohesion.