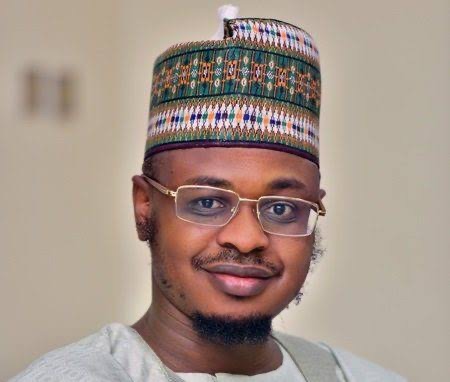 Last night, I received a call from a strange number and the caller proceeded to make a very dangerous and provoking statement against my very distinguished boss, mentor and father; the Honourable Minister of Communications and Digital Economy, Dr Isa Ali Ibrahim Pantami. Today, the entire nation woke up to a propaganda that can only be the last resort of disgruntled enemies of progress.

The caller, who claimed to be a journalist even took the liberty of advising me on the dangers of working for someone on the FBI Terror watch list. My response which obviously did not go down well with the shady character, was to kindly forward the organisation’s link featuring the accused on the list in question. That was the end of that conversation as he hung up unceremoniously.

It is heart breaking to say the least, that while the rest of Africa is scrambling to partner with Dr Pantami albeit the Digital Economy sector which he has nurtured to global relevance, Nigerians who should take ownership of this generational enigma are at the fore front of the Pull Him Down (Ph.D) syndrome. Just last month, by consensus Pantami emerged the Chairman of the West Africa Telecoms Regulatory Assembly, a regional body made up of the highest decision makers in the industry.Yes, that is Africa recognising integrity and patriotism and the way to a future of global reckoning.

First of all, I am aware that it is not easy to accept the fact that a young man can have intellect, integrity, patriotism and courage to bring about the much needed change where most have failed. Secondly, it is even more difficult to accept that popular opinion favours him but to drag the FBI into a web of lies just because? One of Pantami’s earliest policies on the registration of SIM Cards was aimed at fighting terrorism as it hindered the wanton unregulated sale and registration of SIMs. The current NIN/SIM linkage also seeks to further give impetus to that policy. So how does any right thinking individual go to press with apparently contradictory allegations? Who else remembers the threat to life from Shelau arising from the inability to carry on business as usual?

The crux of the matter here is pure, bitter overflowing bile which cannot be channeled anywhere else but at the sensitive topic of religion which sadly, has become the bane of progress and development when deployed for purposes such as these. Of course the noble name of Dr Pantami cannot and will not be found on the list of infamy anywhere in the world. It is not difficult to see why the detractors of the Nigerian nation will choose religion as a weapon of propaganda knowing full well that any type of calumny with religion as a base, is bound to attract influenced sentiments.

Dr Pantami is a man of no mean stature both literally and figuratively speaking. It will take more than a mere religious smear campaign to demean him or his progressive ideology. The FBI must be having a hard laugh at these faceless accusers right now because Pantami is only known to them as the digital trailblazer of Nigeria. Nigeria is engaged in multiple projects on several levels with the United States, most of them championed by him. The Massachussetts Institute of Technology, an institute with more economic value than most countries appointed him based on merit, as the champion of its Regional Entrepreneurship Acceleration Programme, the United Nations has sent representation to foist partnerships and collaborations owing to his unprecedented achievements. Anyone who has a modicum of grey matter knows that Nigeria is experiencing a paradigm shift owing to Dr Pantami’s exploits in the digital economy which was prior to his coming non-existent.

To my unsolicited special advisers, let it be known that, not only will I serve my boss until he decides otherwise, I will not even serve in any future capacities without his blessing, no matter how relevant or juicy the portfolio may seem. Now, that been said, I challenge anyone, including the Americans, with concrete proof of Dr Pantami’s involvement in terrorist activities at any level, to be bold enough to present these facts instead of hiding behind pseudonyms and obscure or outrightly non-existent platforms to spew bile and fiction.

Dr Isa Ali Ibrahim Pantami FNCS, FBCS, FIIM, MCPN is a man of sterling qualities and uncommon principles. He will not be deterred, he will not be cowed and he definitely will not be stopped by mere rumours. My phone has not stopped ringing. I personally extend our deepest gratitude to those who have called to show support in this trying time. People only throw stones at a fruit-bearing tree. Again I borrow a line from Margaret Thatcher; When they begin to attack you personally, then they have no single political argument left.

Dangote: Cement price from our Factories is between N2,450 and N2,510 per Bag, VAT inclusive