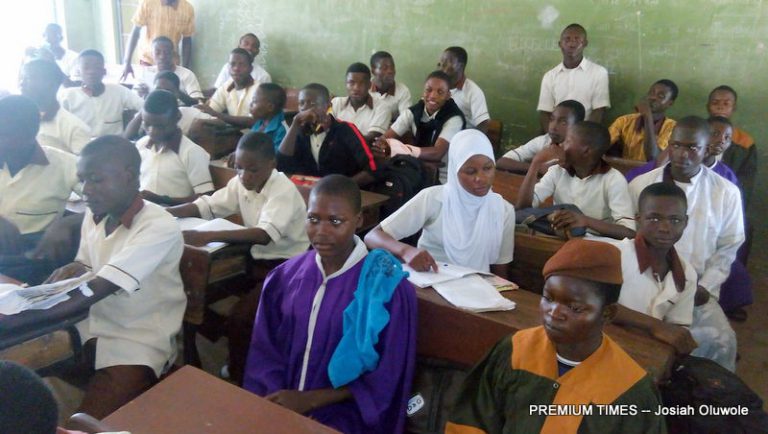 Christian secondary school students in Osun State on Tuesday wore church garments to their schools, in a dramatic but defiant protest against the use of Hijab by female Muslim students.

The state chapter of the Christian Association of Nigeria has been up against the state government allowing Hijab in schools.

Last week, CAN warned that Christian students in public schools will start wearing church garments to school if Governor Rauf Aregbesola goes ahead to implement a judgment by the state High Court legalizing the use of hijab by Muslim students.

A statement released Friday by CAN chairman, Elisha Ogundiya, said the decision was taken at an emergency meeting of the association’s executive committee, and heads of Churches held in Osogbo on June 7.

“Where the Osun State Government is inclined to implementing the judgment Christian students in all public schools founded by Christians with the toil and sweat of our forefathers in the faith will have no choice but to start wearing Christian garments and vestments as part of their school uniform for the propagation of our own faith given the Justice Saka Oyejide Falola declared right of Muslim Female Students to do same as what is sauce for the goose is sauce for the gander as well,” the statement read.

“Adherents of other faiths who have their choice to make in this matter can wear theirs as well.”

The association appealed the court ruling, which amongst many things, it said implied that hijab was a means of propagation of Islam which it stated was a fundamental right of Muslim girls and ladies. 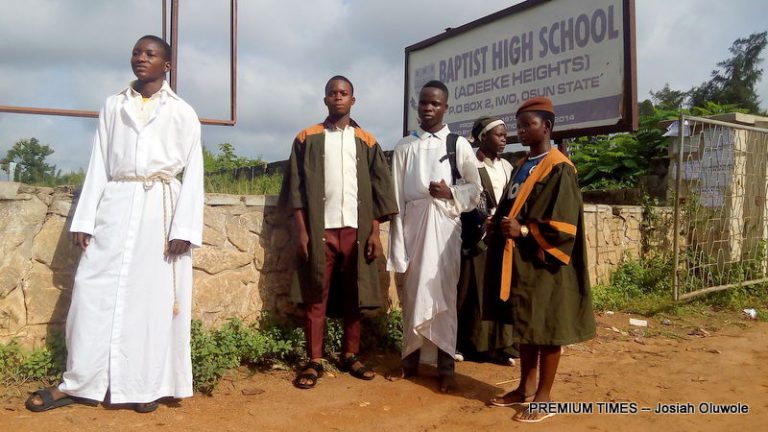 “This declaration violates the religious right of the original owners of the missionary schools as agreed upon when the schools were taken over by the then government of Oyo State in 1975,” it said.

The association also accused the governor, Rauf Aregbesola, of masterminding the judgment in line with his “Islamization Agenda”, arguing that this had been earlier stated by the Directorate of Military Intelligence in 2012 based on credible intelligence and corroborated by Osun CAN in 2014.

“This unshed toga of Ogbeni Rauf Aregbesola flies in the face of the fact of the overwhelming number of Christians in Osun State vis-a-vis Muslims,” the statement further said.

On Tuesday, students decked in church robes arrived Baptist High School, Adeeke in Iwo town at about 8.30am.

Officials of the Christian Association of Nigeria were on hand to observe the reaction of the teachers.

Apparently having a pre-knowledge of the development, the teachers did not react to the new dress codes. They quietly went on with their teaching schedules for the day.

The drama also took place at the Salvation Army Middle School, Alekuwodo, where female Muslim students who wore hijab were allowed into school, as well as those wearing church garments.

Similarly, CAN officials were present to ensure no student was sent back home.

The principal of Baptist High School, Omotayo Arowolo, said there was no crisis in school, despite the development.

He said the teachers were in their classes doing their normal teaching activities, noting that no student was chased out.

“We are here to ensure that no student is send back home from school,” said Head of the Catholic Bloc of CAN in Iwo, Paul Olagoke.