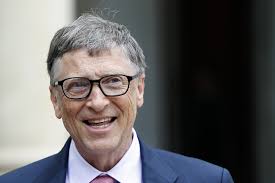 According to Osinbajo, investing in people was a primary aspect of the current administration’s Economic Recovery Growth Plan.

He said this shortly after listening to Gates speak at the Expanded National Economic Council on Investment in Human Capital in Abuja.

Speaking further, Osinbajo noted the government was aware that people were critical to driving the economy which was why the administration was currently doing everything possible to improve the basic infrastructural elements that enhance proper human life.

“Nigeria has strong economic growth and development ambitions encapsulated in our economic Recovery and growth plan which we launched in 2017.

“All of those lofty ambitions can only be achieved through the determined application of human skill and effort and for that effort to be meaningful and productive, it has to come from people who are healthy, educated and who empowered.

“It is this realisation that has helped us to ensure that one of the primary planks of our economic recovery and growth plan is ‘investing in people’; and it is for this reason that we are expanding the reach and quality of our health care through the National Health Insurance Scheme and working to guarantee basic education for all persons whilst also upgrading and modernising the quality of secondary and post-secondary education.”

“We are engaged fully as a government in particular and as governments in the various states to ensure that we are able to address some of these concerns.

“Let me reiterate that not only are we aware of the issues that you’ve outlined and many that have already been spoken of, but we are prepared to take on those challenges head-on and indeed we have no choice because the problem literally grows every day.

“Our population happens to be the largest in Africa and one of the largest in the world and in the next two decades, some say we will be the 3rd or 4th,” he said.

It can be recalled that Gates, in his address, highlighted the importance of the human factor in national development and advised the government to take more practical steps in that regard.

Why Media Business Is Under Threat – Sen. Chris Anyanwu

Nigeria among most dangerous countries to give birth – Bill Gates