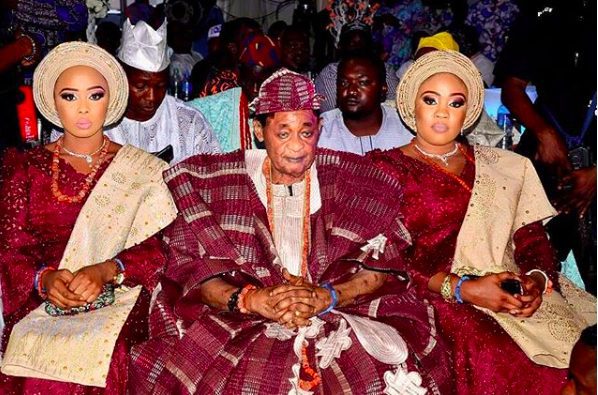 Vice President Yemi Osinbajo has described Alaafin of Oyo, Lamidi Adeyemi, as a true leader who has served the Yorùbá race with complete faithfulness and sacrifice.

He made this known on Saturday in Ibadan during the launch of a book ‘The Alaafin of Oyo’ in commemoration of the monarch’s 80th birthday.

The News Agency of Nigeria (NAN) reports that the 278-page book was a compilation of memo, papers and speeches of the monarch.

NAN reports that the book which contained seven sections was reviewed by a professor, Anthony Asiwaju.

“The Alaafin of Oyo had in the past 47 years on the throne by words, deeds and personal sacrifice demonstrated true leadership. He has time and time again stood on the side of truth.

“He has really served the Yorùbá race. You may not always agree with him, but you are never in doubt of his sincerity of purpose and capacity to act consistently on the side of his conviction,” Osinbajo said.

He described the Alafin as a worthy Yorùbá leader and father, whose intellectual prowess and commitment to the Yorùbá cause was unparalleled.

Similarly, former President Goodluck Jonathan, said the monarch was a father and quintessential leader, whose contribution to national development was impressive.

Mr Jonathan, who was represented by Seyi Makinde, PDP governorship candidate in Oyo State, urged the monarch not to relent in the promotion of Yorùbá culture and tradition.

In a similar vain, Governor Abiola Ajimobi of Oyo State said that the monarch’s wisdom and persuasive skills contributed immensely to the achievements of his administration.

Mr Ajimobi said that the monarch had in the last seven and a half years of his administration also helped in enthroning peace and stability to the state.

Bola Tinubu, APC national leader, said that the Alaafin has contributed a lot to the promotion and sustenance of Yorùbá culture as well as tradition.

Mr Tinubu, who was represented by Mudashiru Obasa, the Speaker, Lagos State House of Assembly, charged the monarch to bring together all royal fathers in Yorubaland in the interest of the region.

Godswill Akpabio, a former Akwa-Ibom state governor, also extolled the virtues of the Alaafin, whom he described as a father and leader.

The Ooni of Ife, Enitan Ogunwusi, congratulated Alaafin on his 80th birthday celebration, wishing him more years on the throne of his fore fathers.

The Alaafin appreciated the guests for their support, promising not to relent in his contribution to national integration and development.

The monarch who gave the historical background of Oyo empire, said the empire would not relent in projecting its ideologies.

NAN reports that the event also featured the presentation of a documentary titled ‘Alaafin of Oyo, a legendary custodian of Yorùbá culture and tradition’

Among other guests at the event were Gani Adams, the Ààr? Ona Kakanfo of Yorubaland, traditional rulers, politicians and members of the state executive council. (NAN)