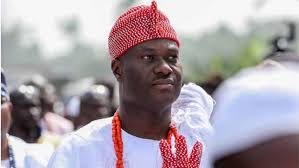 Reacting to an online reports published by Sahara Reporters indicating that the Arole Oduduwa and Ooni of Ife, Ooni Adeyeye Enitan Ogunwusi, Ojaja II had ordered the Department of State Security (DSS) to arrest one tricycle rider, identified as Lawal Moshood, who was based in Ijebu Ode, Ogun State who was alleged to have disguised as ‘Ooni of Ife’ defrauding some women with marriage promises.

Ooni’s director of media and public affairs, Comrade Moses Olafare who spoke to journalists on Tuesday described the report as mischievous and ridiculous.

“We find it disheartening that some online media practitioners have adamantly chosen to practice journalism without adherence to simple principle of investigation which allows fair hearing.”

“You will notice that some women and ladies have been defrauded by some people claiming to be Ooni, promising their victims marriage.”

“On the part of the DSS, they began their investigation without any order from Ooni of Ife’s palace and somebody was arrested in Ijebu Ode. In the course of their investigation, they discovered that the arrested suspect, Lawal Moshood had opened Facebook accounts in the name of the Ooni. There was even a recent case of a woman who sold her properties in the United States of America based on an online scammer, who impersonated the Ooni, promising to marry the woman.”

“The Ooni of Ife does not have the constitutional power to order the arrest of anybody. The case of Moshood Lawal is between him and the DSS that arrested him. The security agency acted on a tip off and trailed him to Ijebu Ode, where he was arrested. What the DSS is doing about his case, we don’t know. It is just pitiable and laughable that some journalists, who should by their expected level of education know the limits of power of any traditional ruler in the internal security management of Nigeria would now be spreading falsehood that Ooni ordered arrest of a tricycle rider.”

“Where does the Ooni get the power to order the arrest of anybody? . The only thing Ooni can do is to make official report to the security agents who are constitutionally empowered to initiate investigations where the need arises.”

“The report by Saharareporters is a vivid example of jungle journalism, with the ultimate agenda to blackmail and mislead the public. But, their mission had failed because no amount of blackmail and mischief can overwhelm the integrity, respect, love, mass appeal, local and international recognition enjoy by the Ooni of Ife, most especially among the youth.”

Ooni of Ife is not only a promoter of the youth in Nigeria, but also dedicates most of his socio-economic programmes and projects, running into billions of naira to the upliftment and emancipation of the nation’s youths”, Olafare concluded.