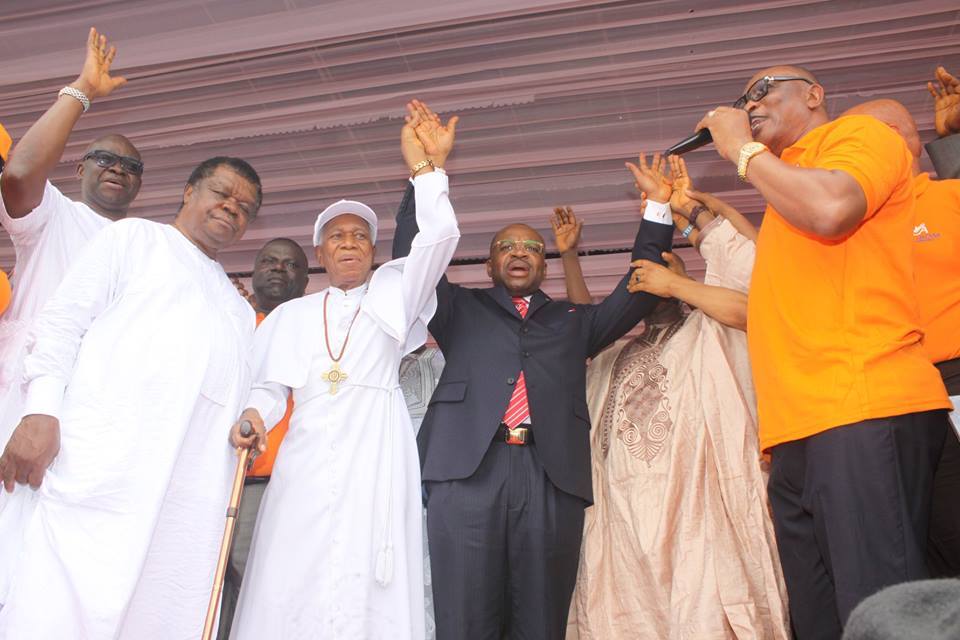 A prominent pentecostal pastor in Akwa Ibom has rejected the idea that the state must be separated from religion.

Cletus Bassey, an archbishop, and founder of Destiny International Mission Inc, Uyo, said it was wrong for people to want to separate the state from religion.

“It is only happening in Christianity; it does not happen in the Islamic world. In the Islamic world, who are the people that rule? Their own spiritual leader is the one that directs what goes on in that nation,” Mr Bassey said, Monday, during a radio interview with Bush House Nigeria.

“The question is, the laws that are made if they are negative, do they affect Christians?

“Christians are first of all the citizens of a given nation and they have rights as citizens to exercise their own civic responsibilities. So, don’t use religion to now cage us and make us look as if we are stupid,” the cleric said.

Mr Bassey, a former chairman, Christian Association of Nigeria (CAN), Akwa Ibom state, said it was only foolish people who ask religious leaders to stay away from politics.

“They are foolish. Yes, they are because the word of God didn’t say that.

“The word of God says you must always pray for those who are in governance. It teaches us to obey them.

The interviewer asked the pastor if it was fair for him, as one of the religious leaders in the state, to declare political support for a particular governorship candidate when there are other candidates in the state.

Mr Bassey, before now, had publicly declared support for the incumbent governor of the state, Udom Emmanuel, who is seeking re-election in 2019.

The pastor and other Christian leaders in the state, like Uma Ukpai, an influential evangelist; Isaiah Isong, a bishop, and prelate of Christ Believers Assembly Inc, Uyo; and Sunday Mbang, prelate emeritus of Methodist Church of Nigeria and national president of CAN, have gone a step further to set up a group called Akwa Ibom Christian Association (ACA) to mobilise Christians in the state for Mr Emmanuel’s re-election.

“Is that something God Himself would support?” Mr Bassey was asked in the interview?

“Can you ever question God?” he responded. “God does not act based on opinion.”

He added, “The church is coming full swing, not just in Akwa Ibom state, but in Nigeria. The time has come that we must have to rise to the challenge because we can’t keep folding our hands.”

The pastor, apparently referring to the All Progressives Congress (APC) in Akwa Ibom, said, “Even the people on the other divide, if they think that the church is not important, why are they still going behind our back to try to tell some of our people, ‘We will give you jeep, we will give you money, or we will give you this, just come and support us’.

“It is because they know the church plays a major role. We have the right to choose who we want,” he said.

Mr Bassey said the Christian community in the state was in support of Governor Emmanuel’s bid for re-election.

He said his support for the governor’s re-election is something he preaches from the pulpit, inside the church.

When asked if his opinion on politics in the state represented that of his congregants, Mr Bassey said: “The people need the pastor to lead them.

“It doesn’t necessarily mean it would be a 100 per cent, because even in Jesus’ days, there were those that listened to Jesus and then said ‘stone him’. But when they needed a miracle, they went to him.

“In fact, you must also understand that in all our churches we have people of the different political parties, we do not tell people which party to belong to. But we have a responsibility to say we believe this is the person God is giving us direction.”

The pastor said wherever the church stands in politics, it will always win.

“So, what happens if the church doesn’t win?” the interviewer asked him.

“Who has that power to win?” he responded.

“All power belongs to God. The church can never fail. Let’s go to the field. The seat Udom (Emmanuel) is sitting is not vacant and will not be vacant until 2023,” he said.

Governor Emmanuel is a member and deacon of Qua Iboe Church which was founded in 1887 in Ibeno, Akwa Ibom state, by an Irish missionary, Samuel Bill.

The governor’s major challenger in the election is Nsima Ekere, the candidate of the APC.

Mr Ekere, who is the managing director, Niger Delta Development Commission (NDDC), is a member and a knight of John Wesley, the Methodist Church Nigeria.

Mr Ekere enjoys the endorsement of Josephine Eggah, a bishop and founder of New Birth Bible Church, Uyo, as well as that of Patrick Jerome, an apostle, and prelate of the Christ Believers (Evangelical) Mission, Uyo.