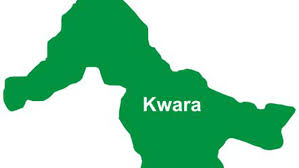 A certain Mr. Kayode Thomas, a rabid antagonist of the administration, has recently published an article in which he claimed that the ‘N35bn bond’ taken by the administration is an exercise in executive lawlessness. What I see in Thomas’s article are a combination of mischief, ignorance, and what I call the divine rights of the king syndrome.

The latter in this context means that he sees himself as a kingmaker whose words are laws and who possesses all the knowledge to fix Kwara from its rock bottom position in basic ratings of human capital development in 2019 to the Disney Land in just two years. It is not our attitude to respond to every opinion, grandstanding, or postulations as that may mean any of three things on our part: lack of focus, joblessness, or a tendency to want to read just sweet things about us.

None of these defines the Governor or his administration. We are not jobless. We remain focused as ever! And we are not ashamed to admit our imperfections nor are we deaf to Kwarans, our employers, pointing out to us what we should do better next time. For this reason, I will restrict myself to responding only to a few of his claims that needed clarifications.

He gratuitously claimed that the ‘norm is for bonds to be issued by Security and Exchange Commission (SEC) and Nigeria Stock Exchange but neither was part of this arrangement’. Ignorance. Bond issuance may take two broad forms. Apart from the one issued by SEC and NSE, there is also the private bond. No fewer than 10 states — governed by either PDP or APC — have accessed private bonds over the past three years. Kwara’s N35bn private bond is one of the lowest. Private bond issuance is ethical, legal, and faster as it bypasses certain bureaucratic niceties. The Kwara bond followed every legal step there is, such as cabinet and legislative approvals. For emphasis, ‘public hearing’ is not a legal requirement in bond issuance. The Debt Management Office (DMO) has not only certified the state as financially healthy to take N35bn or more, it has also green-lighted the procedures so far taken by the government. The man again displayed ignorance when he said that some of the projects listed in the budget are also to be funded with the bond. I failed to see any contradiction in it, particularly when he admitted that provisions made for the said projects in the budget are way below the cost of the projects. For instance, only N100m was earmarked for the innovation hub in the budget, whereas the total project cost is N1.1bn. What is the fuss if the bond will complete the huge facility with a balance of N1bn as would be accommodated in the supplementary budget?

Indeed, Kwara got parliamentary approval to raise N35bn. However, it has only raised N27bn at the extant 15% market rate.

A few concerns have been raised on the bond. That included the viability to pay back. Kwara is solvent and can easily pay back. That is the expert conclusion of the DMO, the national statutory body that regulates lending by the national and subnational governments in Nigeria. The administration has cut waste and cannot in good conscience be accused of profligacy. It has earned itself various cognomen for ending the corrupt, unproductive patronage system of the past. Bond redemption will take seven long years, charged to the state’s monthly allocation from the federal government. Bolstered by internal revenue, the plan is such that no basic commitment of the government will be affected.

Some persons have also said the N35bn is a tad much. Measured against infrastructural deficits in Kwara, it is not. As of 2016, the deficits were valued at N256bn. This valuation, ironically, was done by the government peopled by members of the current opposition who now write petitions to block the bond. Thomas is a friend of that lacklustre administration.

Everyone complains that Kwara remains hugely dependent on handouts from the centre. But are there alternatives to changing that status except enough resources go into infrastructural development and creating economic centres? No. We must spend our way to unlocking the Kwara potentials as the southernmost northern state. This is exactly what the administration seeks to do with the bond. The bond will fund some ongoing projects to completion, and do many more. These projects include the abandoned Kwara State University Campuses at Osi (Kwara South) and Ilesha Baruba (Kwara North); the Ilesha Gwanara Road; and a few others. These are projects inherited from the past administration. Had the administration chosen the self-serving post-2003 path of governance in the state, it will simply abandon those projects and conceive its own for politics. But it is not doing that because the funds already sunk into them came from the public purse. This administration has a reputation of attending to abandoned projects in the interest of the people who brought it to power. If that does not fit into the Otoge revolution, then nothing else should.

Kwara is essentially an agrarian state. Atop the blessing of rich arable lands is its rich tourism potentials. Kwara is home to the Owu Fall, the highest waterfall in West Africa. But it is inaccessible to date. Count the economic loss. The bond will part-fund the road leading to this treasure. Job-creating projects like garment factory, innovation hub, visual arts centre, film factory, and agroprocessing firms, spread across the state, will also be funded. The government will also construct a flyover to decongest the intractable traffic along the densely populated Tanke axis in Ilorin, along with other roads that would boost economic activities. The Gbugbu international market in Kwara North will receive a fair chunk of the bond to attain its potentials as a melting pot for continental trade.

Delving into other issues he raised, Mr. Thomas is out of touch with his own native Offa town. How do you argue with such a person? He said the administration has not done anything at the iconic Offa Grammar School, over a year after it reportedly concluded contractual agreements. Had he upheld the basic tenet of journalism of ‘clarify when in doubt’, he would have known that the people of Offa requested the government to rehabilitate other schools in the town because the OGS is a beneficiary of some communal and CBN interventions that are underway. They understandably did not want a duplication of efforts. Government yielded to that request and has instead invested the resources meant for comprehensive renovation of OGS in eight schools in the community. These are Iyeru Grammar School; Community Secondary School; Government Day Secondary School; Government Secondary School; Nawairudeen Grammar School; Anglican College of Commerce; Moremi High School; and Okin High School.

By every fair standard, the Otoge administration has changed the story of Kwara for good. “Too much had gone wrong with Britain (read Kwara) for it all to be put right in a matter of few years,” a former British Prime Minister Margaret Thatcher once remarked. With various rehabilitation and remodelling works ongoing across 600 schools, 4,701 competent teachers recruited in the most transparent and apolitical process, first-of-its-kind innovation hub and visual arts centre under construction, and high-end facilities installed and historic accreditation secured for the state’s premier general hospital, Kwara is ticking the right boxes in basic education, healthcare, agric, fair, equitable and apolitical access to public-funded programmes, gender inclusion and youths empowerment, and improved access to agrarian communities. The administration has recorded great feats never seen in Kwara since its creation, a couple of which had been documented in previous communications on the achievements of the government. There is no local government without a clear presence of the new administration. In a matter of months, the new Ilorin master plan will be ready — the second since 1970s. A 10-year development blueprint will be launched soon. Today, Kwara has the largest automated safety net programme for the vulnerable. Under it, vulnerable senior citizens get stipends of N6,000 every two months. Similarly, no fewer than 40,000 indigents have been enrolled in the state’s health insurance.

Until the coming of the administration, workers were owed across MDAs. Teachers were last promoted in 2017. That has been fixed by the administration, apart from defraying backlogs of salary arrears and contractual obligations, some dated back to 2010. The administration has brought dignity back to the civil service with a large pool of new buses and Hilux vehicles for their movement. They no longer visit private business centres to print government memos.  This is not an article to break down what the Governor has done, but a subtle reminder of where we are coming from.

The administration makes no pretences about the porous system it inherited and the need to plug the leakages and give a new orientation to its workers in the most gradual, humane way. The figures Thomas bandied about public works and with which he tried so hard to sully the image of the government surfaced through the Governor’s social audit initiative which empowered civic groups to track public funded projects to cut waste. It has also put in place the Kwara State Public Procurement Agency to guide against sharp practices. Governments not committed to transparency and probity will not do that.

The administration is adjudged to have blazed the trail in addressing the basic needs of the people, even as it invests in their future. When completed, the innovation hub and the visual arts centre will be the best and biggest in West Africa. This is strategic positioning of Kwara for growth. With the new ICU facility, which is the largest in central Nigeria, the big investments in eye and dental care, the N2.5bn oncology centre, and new equipments here and there, the Ilorin General Hospital will soon be the go-to place in the country. These, ladies and gentlemen, are a few of the feats of an administration that Thomas said has not done anything.

If anyone doubts that the administration has done things differently from the past, let them ask the 4,701 newly recruited teachers, the oldies and the vulnerable already enrolled into various safety nets, the market people who have benefited from Owo Isowo (trader moni), and the 170 young people who recently got the government’s interest-free loans to support their business initiatives. They were neither asked for their voters’ cards nor did they need to hold an allegiance to any demigod like in the past. Methinks that is the Otoge that the people voted for in 2019, irrespective of what any La Pasionaria conceive of it.

• Ajakaye is the CPS to the Governor of Kwara State

18 Allottees of Nova Gardens Get Lands and Documents