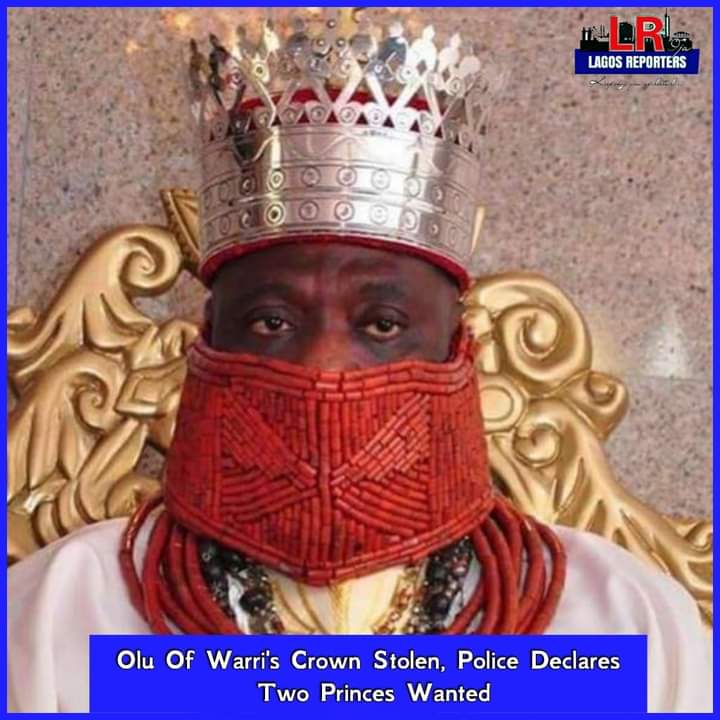 The general anxiety over the said missing crown of the Olu of Warri has been put to rest by Prince Yemi Emiko, the uncle to the Olu designate and chairman of coronation media and publicity committee.

It will be recalled that the The Warri Kingdom had made a public statement announcing the coronation of the Olu designate, Prince Tsola Emiko, which has been slated for August 21, 2021. After the coronation, Prince Emiko will become the 21st Olu of Warri from a long dynasty that stretches back to hundreds of years.

Prince Yemi Emiko confirmed that it is true that a crown belonging to the Olu of Warri had indeed truly gone missing, but that it does not stop the forthcoming coronation from taking place. And therefore, there is no cause for alarm.

“We have several crowns in the palace, including the original beaded crowns which Ginuwa I came from Benin with, and which we used to crown our kings up until 1625 when Atuwatse I came from  Portugal with the diamond studded silver crowns. We also have a golden crown, and so on. The kingmakers will decide which of these several crowns to use for the forthcoming coronation.”

On whether it is true a crown belonging to the Olu of Warri has gone missing, Prince Yemi Emiko had this to say:
“Yes, it is true, one or so of the silver crowns have been missing since March 2021!”

As to what the Kingdom is doing about the missing crown, the Prince withheld further comments.

The End of Mohammed Fawehinmi