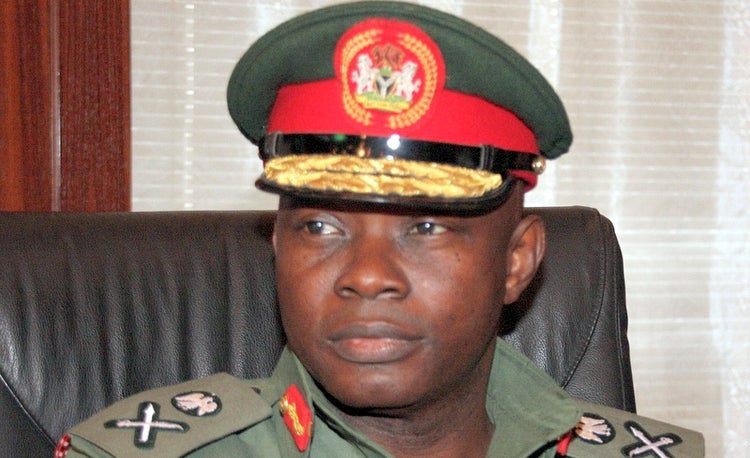 Olonisakin said this at the launch of communication materials for security agencies in Maiduguri, Borno state. The event was organised by Partners West Africa Nigeria (PWAN).

He said the operation of the troops is guided by a code of conduct aimed at protecting civilians during conflict.

“The declaration of protection of women and children in emergency and conflict situations was led by the UN in 1974 to provide succor and shield to women and girls who are most vulnerable in time of conflict,” the defence chief said.

“In all deployment, civilians are more often than not involved, as they are caught up in conflict or outrightly displaced, these civilian populace women, girls and children most vulnerable.

“It is therefore a necessity to educate, sensitize and develop the capacity of the troops and security operatives in the protection of this shuttle and sensitive operations.

“Our operations are guided by extant rules of engagement and code of conduct tailored toward protection of civilians in conflict.”

He added that an office of a gender adviser has been created at the defence headquarters.

On her part, Kemi Okenyodo, PWAN executive director, said there is need for the security agencies to develop capacity to protect women and children.

“The women peace and security project aims at enhancing the capacity of the security sector to provide gender-sensitive protection strategies aimed at all vulnerable populations particularly women and girls,” she said.

“We have launched notepads, bottles and pens as IEC materials with strong key message to security organisation on gender-sensitive protection.”

Abaribe: The wicked people in Nigeria don’t want to die but we are losing the good ones