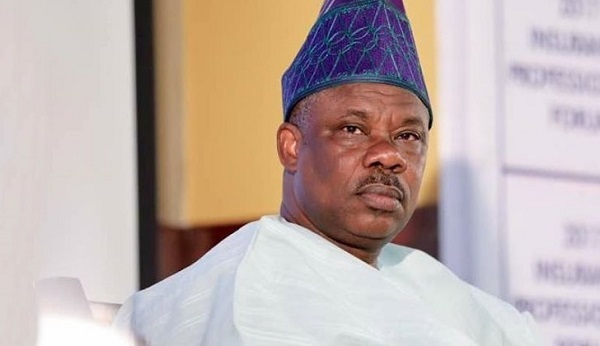 A group, Grassroots Democratic initiatives (GDI), has alerted the general public to what it called a sinister plot by disgruntled elements and political hacks parading themselves as human rights activists to protest against Prince Dapo Abiodun, the governor of Ogun State, at the National Secretariat of the All Progressives Congress (APC) in Abuja.

In a statement issued by its National Coordinator, Oluwafemi Johnson, the group said that intelligence reports at its disposal indicated that the protest, which was initially planned for May 2nd, has now been shifted to May 4th. Already, some fake activists have been mobilized for this purpose.

According to the statement, the plan is to present a petition against the Governor to the APC National Chairman, Senator Abdullahi Adamu, to demand that he should not be allowed to contest the 2023 governorship election.

Johnson said: “The recourse to the use of faceless activists to protest against the governor is another strategy being employed by Gov. Abiodun’s political adversaries, which is in consonance with their plan to disparage and de-market him, in continuation of their avowed commitment to stop him from having a second term.

“This sinister plan has been traced to Gov. Abiodun’s immediate predecessor in office and a serving senator. Why is this senator so desperate and bent on disparaging Prince Dapo Abiodun by casting aspersions on his character and integrity?

“We see the recourse to this tactic as a ploy by the man to rescue himself from political oblivion. It has also exposed his political irrelevance in the state.”

The statement added that the governor’s adversary had come to the realization that the party structure under him had collapsed irretrievably, as his camp of followers had been dumping him in droves and moving to the authentic APC in Ogun State to reconcile with the governor, so this had made him a fish out of the water in the ruling party.

It said that the performance of Governor Abiodun in the last three years had dwarfed his predecessors’ eight years in power, hence the determination to pull down the governor by all means possible, fair or foul.

Besides, GDI said it had learnt authoritatively that the senator had induced social media miscreants alongside the fake activists to cast aspersion on the governor by spreading fake news and falsehood.

“Governor Abiodun remains unperturbed and focused .These nefarious activities and that of his likes have been exposed and they will fail. We are alerting security agencies and the public to be wary of the sponsored group and the planned protest.

“We believe that the performance of Governor Abiodun will speak for him.”

Wanted ‘most notorious cultist’ ‘Paracetamol’ arrested with charms in Ogun