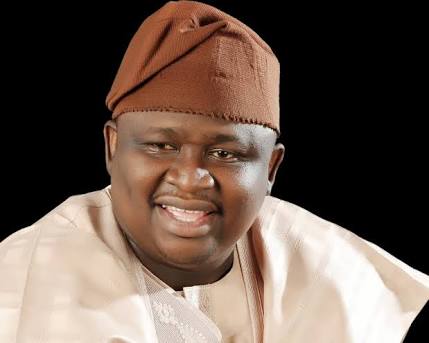 the 2019 General Elections are fast approaching, there seems to be a lot of political surprises and daring moves in Ogun State.
The incumbent Governor Ibikunle Amosun of the state appears to have been battling with a more powerful political gladiator in person of Senator Adeola Olamilekan aka Yayi, whose popularity keeps growing by the day in the state.
That Yayi is a man of the people is not in doubt and the people are aware that the accomplished politician wants to be the Governor of the state in 2019.
Olamilekan has what it takes to rule the state having cut his political teeth in Lagos State, the centre of excellence for several years.
He started off as a member of the Lagos State House of Assembly for two consecutive terms; 2003-2007 and 2007-2011.
He later moved to the Federal House of Representatives from 2011-2015, where he served as the Chairman of the House Committee on Appropriation.
In 2015, Senator Olamilekan was voted into the Senate to represent Lagos West, and he is waxing stronger as a senator by the day.
All these experiences have prepared him for the task of ruling Ogun State as Governor from 2019, God willing.
Facts have however, emerged that the incumbent Ogun State Governor Senator Ibikunle Amosun is so disturbed with the rising political clout of Senator Solomon Olamilekan Adeola aka Yayi and this has propelled him to embark on an emergency fence mending mission.
This was revealed as the governor commissions selected elected and appointed officials to plead with party members and leaders who have pitched their political tents with Senator Solomon Olamilekan Adeola.
The Governor is said to have pressed the panic button after reports from the political field got to him about a week ago with a clear indication which points towards the fact that Senator Yayi is ahead of other governorship aspirants with a wide margin in terms of physical and strategic mobilization of supporters and a very cordial socio-political relationship with majority of Ogun people, across the 20 Local Governments.
This has made the Governor jittery despite his show of over-confidence and throwing jibes in public.
Information at our disposal revealed that members of the governor’s inner caucus have started reaching out to some party members loyal to Senator Yayi.
For example, Alhaji Lemboye in the company of the chairman of Ewekoro Local Government Area visited Alhaji Mudasiru to plead with him to come back to the governor’s team.
The Ogun Central APC Senatorial Chairman, Hon. Adesina too has received calls directly from the governor pleading with him to allow them work together. In the same vein, Alhaji Bello has also reached out to supporters of Senator Yayi.
It was further revealed that a member of the House of Representatives, Hon. Akinlade has continued to send emissaries to Alhaji Shokopao in Ipokia, while the Chairman of the Local Government Service Commission, jRotimi Ramon got in touch with one of Yayi’s strong boys popularly called; “omo iya aje” son of a witch.
The Commissioner for Forestry, Hon. Kolawole Lawal aka KLM made a personal call to Mr. Lakatabu, who is a leading and strong politician from Yewa South.
He tried to persuade him to leave Yayi camp for the governor’s camp, but the latter refused to oblige such anadvancement.
The Governor himself has sent various emissaries to the former speaker of the Ogun State House of Assembly, Hon Egbetokun Tunji Samson to persuade him to return to him. Part of the emissary include the current Speaker of the Ogun State House of Assembly, Hon Suraj Adekumbi.
It is however, unclear why the governor and his team have suddenly developed cold feet even when they always show full confidence in public against Senator Solomon Olamilekan Adeola aka YAYI’s gubernatorial ambition with so much pride and arrogance.
But sources in Ogun State revealed that the panic by the governor is informed by a trend in Ogun State, where the people usually turn their back on incumbent Governor and automatically support the governor’s major opponent whom they so much believe in giving his political antecedents and exposure.
Days ahead promises to be politically interesting and we shall keep you informed with ongoing trends.
Yayi is fully prepared to take over the mantle of leadership in Ogun State as Governor in 2019 and the people of the state should be prepared to witness better development and progressive projects from a man, who has seen it all over the years.