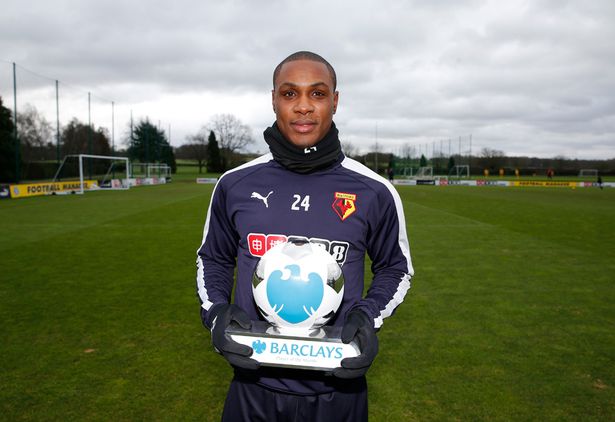 Watford’s fairytale Premier League season continued on Friday as Quique Flores and Odion Ighalo were named the division’s manager and player of the month for December.

The Hornets won three, drew one and lost one of the five league games they played in the final month of 2015, as they finished the year in ninth place.

Wins over Norwich and Sunderland preceded a 3-0 win over Liverpool and a 2-2 draw with Chelsea, though their bright run came to an end as they lost 2-1 to Tottenham after going down to 10-men.
Such impressive results were enough to see Flores acknowledged as the best performing coach in the league last month.

Watford’s top scorer netted a crucial goal against Norwich before firing home the winner against Sunderland.

The Nigerian then added a double against Jurgen Klopp’s men and equalised against Spurs before Son Heung-min’s late winner saw his side suffer a defeat.

Cristiano Ronaldo ‘spent Christmas in Miami so he could make arrangements to have a sibling for his young son’, claims media in his native Portugal