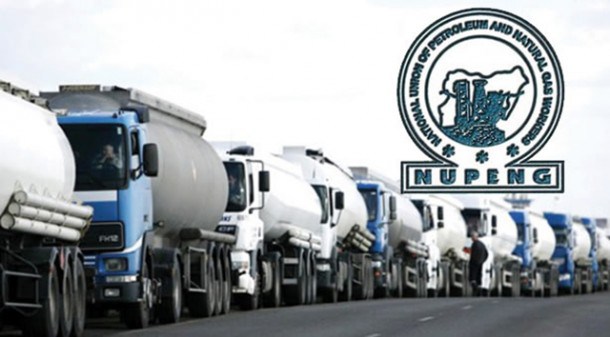 The Nigeria Union of Petroleum and Natural Gas Workers (NUPENG) has given the military 24 hours ultimatum to vacate the premises of an oil and gas firm to avert a nationwide strike.

At a media briefing in Lagos on Thursday, NUPENG President, Williams Akporeha, called on the Chief of Army Staff to withdraw soldiers from the premises of Sterling Energy Exploration Company (SEEPCO) and its drilling arm, British Oil and Gas Ltd located in Warri, Delta.

“NUPENG as an organisation has written to the Chief of Army Staff that soldiers be removed from the work site, that what we have on ground is not a terrorist situation but an industrial relations matter.

“Our prayers right now is that those soldiers that are there be redeployed within the next 24 hours or else we shall have no option but to embark on a nationwide industrial action,’’ Mr Akporeha said.

He also called on the Delta State Governor to wade into the matter, adding that the union had directed its members in Warri to immediately shut down over intimidation by their employer and harassment by the military.

Mr Akporeha disclosed that over 2,000 of its members had been sacked by the oil and gas companies for active unionism, describing the action as oppressive and a height of high handedness on the part of the firms.

He said the firm had seven land rigs drilling in Kwale, Warri but that only two of them belonged to the union, adding that efforts by the other five groups to be unionised was resisted by the multinational corporation.

Mr Akporeha said the union in an attempt to resolve the matter, issued a press statement but was shocked that soldiers were brought in forcing members to renounce their membership of the union in order to keep their jobs.

He alleged that the firm owned by Indians, forced workers with the help of the military into accepting working conditions that were not in line with labour laws of Nigeria.

He urged Nigerians to rise up against the practice as no Nigerian could do same in any other country.

“When the union decided to question why the company decided to continue to resist the rights of workers to unionize, what we saw was deployment of military troops to hound and evacuate those workers that agreed to be part of the union.

“We feel that there are some processes that are no more fashionable in a democratic and a decent society than bringing soldiers to intimate harmless workers who are asking for their rights and especially just mere rights to identify with a union.

“As we speak, soldiers are distributing new employment forms of none identification with union to members if they must remain on the job.

“We have directed our members in Delta State to withdraw their services in protest of this unfortunate situation and we using this opportunity to also ask the governor of the state to immediately intervene to avoid turning his state into a dance floor for industrial crisis,” he said.

Mr Akporeha said that if the management of the oil and gas firms were not called to order, the union will embark on full scale nationwide strike.

The NUPENG president noted that negotiations with the management of the companies failed because they came up with “a fraudulent, unacceptable idea” that they were ready to remit check off dues of workers to the union without allowing the workers to unionise.