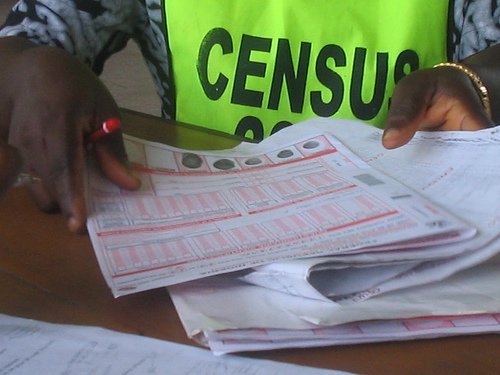 Ace constitutional lawyer, Chief Mike Ozekhome (SAN), has claimed that previous censuses conducted since the amalgamation of the northern and southern regions of Nigeria, have always been manipulated in favour of northern Nigeria.

Northern and southern regions were amalgamated in 1914.

Ozekhome was reacting to a recent statement credited to the Speaker of the House of Representatives, Hon. Yakubu Dogara, wherein he called on the chairman of the National Population Commission (NPC) to shelve the conduct of the proposed 2018 national census.

But addressing newsmen in his office, on Wednesday, Ozekhome said it was wrong for states “laying the golden eggs to have fewer local government areas.”

According to ?him, “All the censuses we have ever had in this country have always been manipulated. They have never reflected the true population of Nigeria. This is the only country in this world where the population in the dry region is higher than those in the wetlands.

“This is because of our attachments to national resources. Look at this- the old Kano was divided into Kano and Jigawa States. As I speak, Kano State has 44 local government areas, while Jigawa has 27. National resources sharing is based on this.

“Let us look at Bayelsa. Bayelsa lays the golden egg, but it has only 8 local government areas. If Bayelsa lays the eggs, where is the justice in this country when those who do not lay the eggs get the lion’s share?

“When Dogara is afraid of census before 2019 elections, I sympathize with him. He knows that census is an explosive matter in this country. The former chairman of National Population Commission (NPC) said previous censuses were false; he was sacked because certain parts of this country did not like what he said.