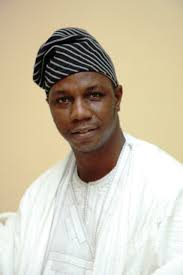 A representative of Ajeromi-Ifelodun constituency 2 at the Lagos state House of Assembly, Hon Fatai Oluwa, has advised opposition parties in the state to jettison their dream of taking over Lagos in 2019.

Oluwa said there was no vacancy in any of the elective offices in the state for the opposition.

The lawmaker made this declaration in reaction to a statement credited to the Action Democratic Party (ADP) which said it was poised to unseat the all Progressives Congress (APC) in the state.

The ADP had described itself as the most credible alternative to the APC and even promised to make judicious use of the resources accruable to the state.

Oluwa wondered why the members of the ADP acted like they are not actually witnessing the massive developments in the various parts of the state.

“Only a person who does not reside in Lagos would say such thing. Lagos remains a perfect example to other states in the area of growth and development.

“I must proudly tell you that Lagos did not borrow in 2017 to fund projects and Governor Akinwunmi Ambode confirmed this when he presented the 2018 budget before the House.

“Yet, did you see the massive progress the state recorded in terms of infrastructure? Have you gone through the roads, the bridges, the health facilities?

“Are you aware Governor Ambode has been able to shore up the internally generated revenue of the state?

“And now that the man has made a lot of efforts, one small party from nowhere would dream of coming to squander the progress of the state. It is not possible,” he said.

Concerning the state House of Assembly, Oluwa noted that for the first time, the lawmakers had come up with sound private member bills that have been signed into law by the governor.

“The much celebrated Neighbourhood watch bill was initiated by the speaker of the House, Rt Hon Mudashiru Obasa. A lot of Lagosians have been employed through some of these bills passed by the House.
“So the ADP and other such opposition parties should focus their dreams on other states and just leave Lagos for the party that has sacrificed since 1999,” Oluwa added.

Not too young to run bill: Youth not fully ready for leadership – Don