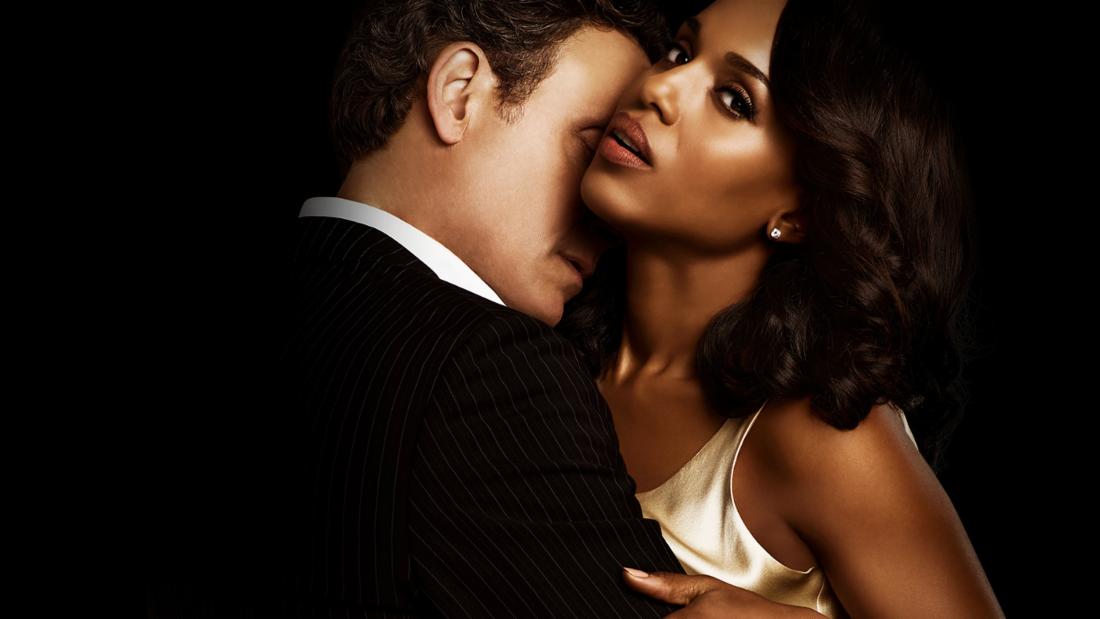 ABC’s prime-time political soap Scandal launched mid-season with little fanfare in the spring of 2012, to tepid reviews and disappointing ratings.

Following the exploits of Emmy-nominated Kerry Washington as Washington, DC crisis manager Olivia Pope and her team of problem-solving “gladiators”, the show didn’t immediately take off and it looked destined to be strangled at birth.

As it nears its finale six years on, however, it bows out as a bona fide hit that changed the way we watch TV, ushering in the era of live-tweeting shows, known as “double-screening”.

Its army of vocal Twitter fans, who also call themselves “gladiators”, helped ratings for “Scandal” soar more than 50 percent to 12.7 million an episode by 2014.

Much of its success was driven by the goodwill it engendered as an intriguing Washington, DC political story of sex, murder and double-dealing starring a strong black female character.

But its pioneering showrunner, Grey’s Anatomy creator Shonda Rhimes, has been credited with the insight that stars and producers live-tweeting episodes along with fans makes a difference in ratings.

From the earliest days, she would diligently connect with her Twitter followers, who have expanded during the show’s lifetime from 350,000 to 1.7 million.

“Gladiators: Scandal would not have the opportunity to be on magazine covers without all of you watching. Thank you for making it happen!” she would tweet, giving fans a feeling of belonging that they’d never had before.

‘I was very sceptical’

Rhimes would offer personal insights into the production and the scriptwriting process and, most importantly, rope in the cast to post their own thoughts in real-time.

It is a common tactic these days but no one was really doing it — certainly on a regular, reliable basis — before Rhimes.

By the second season, Scandal was drawing 119,000 tweets per episode and ratings began to climb, particularly among the millennial age group that advertisers covet.

The show is in its final run of 11 episodes after returning last week from a mid-season break and finishes for good on April 19.

“It completely transformed my perception of social media. I was very sceptical and judgmental about it, and just thought… it was irrelevant to me,” said Goldwyn (Ghost, The Belko Experiment).

The 57-year-old actor figured that no one would be interested in his opinions but was staggered when thousands of people began following him and responding to his tweets.

“It’s kind of like being in a Broadway theatre with 1,000 people there and you’re talking to them,” he said.

“I was really awed by the impact of it and the fact that you can literally communicate one-on-one with people or a group.”

Other networks have begun to catch up but “Scandal” still finished ninth across broadcast stations last year in the social media charts, with 5.2 million interactions.

The cast makes sure to live-tweet for the audience in both the east and west coast time zones, said Cornelius Smith Jr, who plays White House communications director Marcus Walker.

“It’s a lot of fun and it’s a really different kind of way to communicate and connect. I think people are really yearning for connection in this world, especially today,” he told reporters.

Jeff Perry, who plays vice-president Cyrus Beene, joked that the only negative reaction to the live-tweeting had come from other actors in Hollywood.

Though they can be full of praise, he said that “a little more often they’re (annoyed) at us. ‘You guys made that work and now I have to tweet all the time.’”

Social media aside, Scandal has an equally important reason to be proud of its reputation for pioneering TV, — its commitment to diversity.

All the characters in the most powerful roles are women, and the show has always been committed to reflecting the racial diversity of modern-day America.

“When we first aired most of the questions I received centred around the fact that there had not been a black woman as the lead in a television drama in my lifetime,” said Washington, 40.

“It was not something I grew up seeing… and that is certainly not the case now. You’d be hard-pressed to find a network that does not have a show with a woman of colour at its centre.”

UK-Based Nollywood Actress Out With “In A Strange Land”