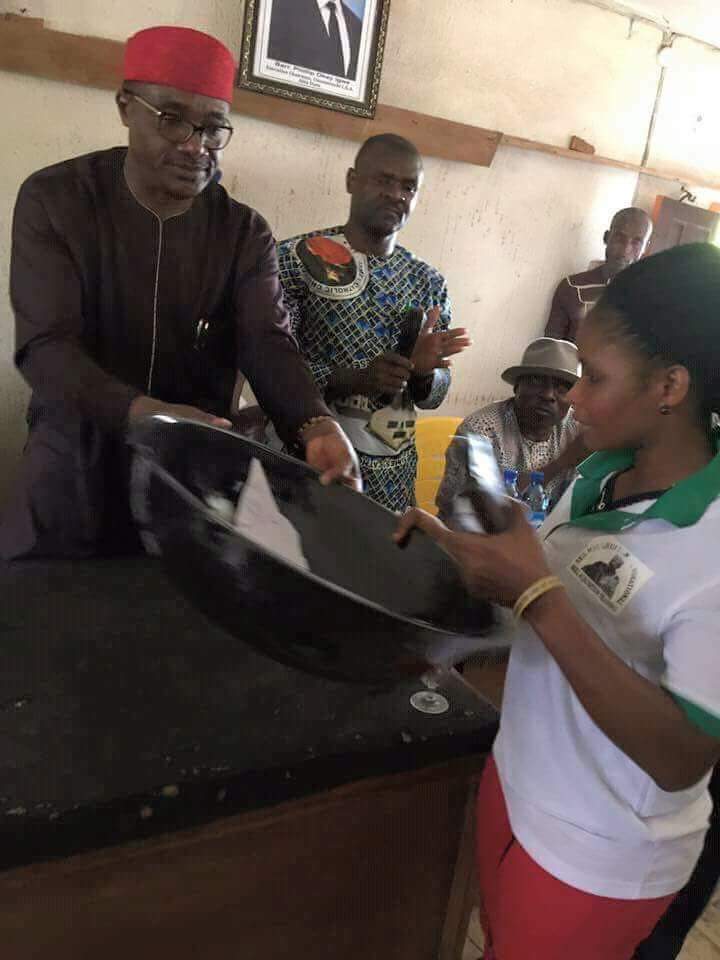 The Senator Representing Abia North, Chief Mao Ohuabunwa, has said he has no regrets empowering his constituents with frying pans.
He stated this at the official closing ceremony of the second phase of the Senator Mao Ohuabunwa Skill Acquisition Training Programme in Ohafia in Abia State.

The senator said there was nothing wrong in what he did despite the mockery by Nigerians on the social media.
The senator was the object of mockery by social media users after empowering his constituents with frying pans and other items.

“I didn’t give only frying pan; we gave gas cylinders, stoves, spoons and money; that’s what she needs,” he said.
“Would you be a taxi driver and we give you train? If you are a taxi driver I will give you taxi; I have distributed tricycles, sewing machines and many more. So, I don’t regret nor feel bad when my constituents call me ‘frying pan senator’,” he said.