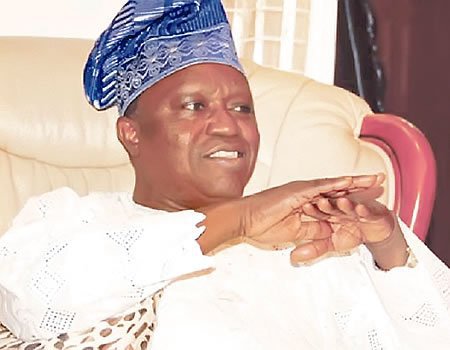 Ahead of the APC primary to pick its candidate for next year’s governorship election, a leading contender under the platform of the party, Chief Adeniyi Akintola (SAN) has canvassed support from members at the state House of Assembly.

Speaking during his recent visit to the Assembly complex, Akintola, a former Deputy Speaker of the House in Third Republic commended the members of the Assembly for their support and cooperation for the governor of the state, Senator Abiola Ajimobi.

He said the governor alone couldn’t achieve such accomplishment without the full support of leadership and members of the state Assembly.
He noted that conducive, peaceful and harmonious socio-political and economic environment in the state since the inception of the present administration had grossly contributed to development in the state.

Reacting to his request, the Chairman of Parliamentary Affairs Committee of the House, Segun Ajanaku and others commended the ex-lawmaker for consulting them and advised him to extend his consultations to other party leaders in the state.