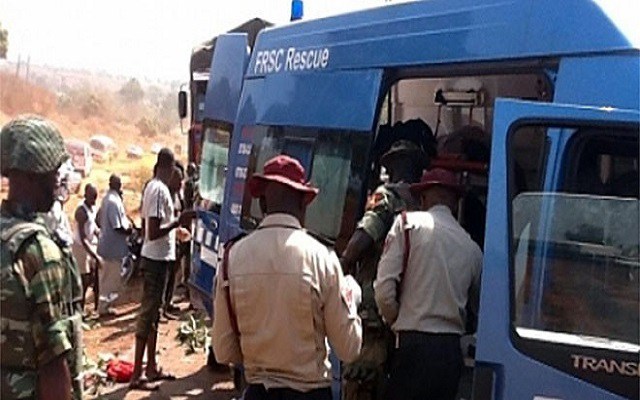 No fewer than nine persons are feared dead in an accident involving a Mercedes-Benz Marcopolo bus and an Iveco truck at Aseese area on the Lagos/Ibadan Expressway, on Tuesday.

Mr Oladele said that the accident was caused by speeding by the driver of the bus marked SMK 867 XG.

He said that the bus lost control and collided with the parked truck with registration number AAA XP at 5:30am.

“A total of 42 persons were involved in the accident; they comprised 34 males and eight females.

The sector commander told NAN that the injured victims were taken to a nearby hospital while the corpses were deposited at the Olabisi Onabanjo University Teaching Hospital mortuary, Sagamu, Ogun.