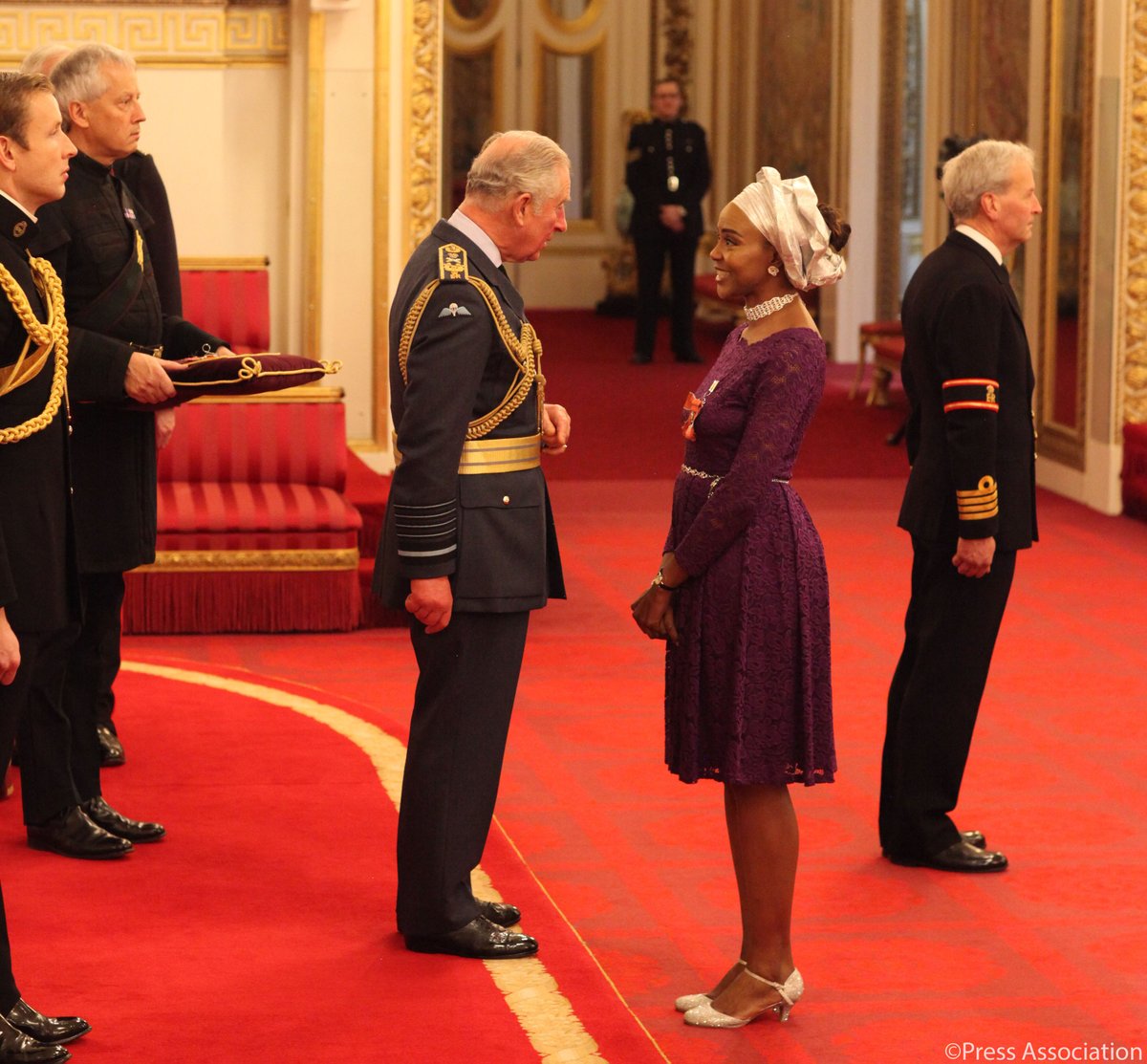 Olufunke Abimbola-Akindolie has been awarded the Member of the Order of the British Empire (MBE) by Her Majesty, Queen Elizabeth II, for her contribution to the diversification of the legal profession.

They wrote; For years Olufunke Abimbola-Akindolie has worked to help diversify the legal profession. She regularly goes into schools & universities to help inspire the next generation.
Today she was awarded an #MBE.

According to www.financal-style, Funke is a senior lawyer and leader for the world’s largest biotech. She is currently the most senior black lawyer working within the UK pharmaceutical industry and one of the most senior globally.

A multi-award winning solicitor and diversity campaigner, she has received national and European recognition for her legal and diversity work. In 2015 alone, she won the Gender Role Model award (National Diversity Awards), Career Woman of the Year award (Women4Africa), Outstanding Woman in Professional Services award (Precious Awards) and Inspiring Member of the Year award (Inclusive Networks Awards). More recently she was awarded the 2016 Outstanding Diva and International Diva of Colour awards held in London.

Having risen to the top of her field, Funke is active in giving back and she shares how she is working to for Aspiring Solicitors from BAME communities. She was also recently admitted as a Fellow of the Royal Society of Arts, recognizing the positive impact and outstanding contributions that she has made to British society as a whole.

Lupia Nyong’o to start 2018 with a bang; as she is unveiled as cover girl of Vogue January edition