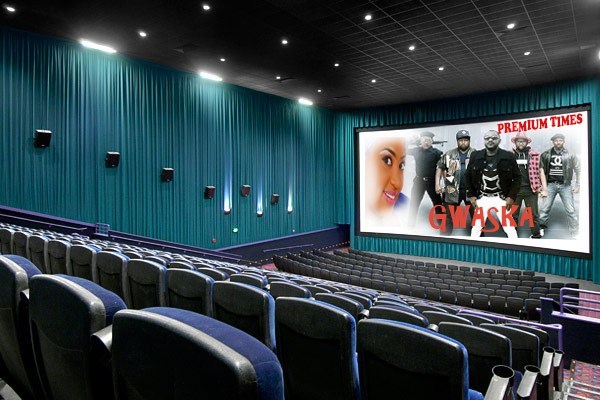 News Agency of Nigeria (NAN) reports that the figures are according to data provided by cinemas and gathered by the Cinema Exhibitors Association of Nigeria (CEAN).

The year opened with ‘Aquaman’, ‘Chief Daddy’ and ‘Up North’ sitting on the top three of the chart, with estimated combined earnings of 168, 263, 512 million Naira.

The movies maintained their positions until the fourth week when ‘Glass’ debuted at number one with ‘Aquaman’ taking second place and ‘Chief Daddy’, third booting ‘Up North’ to fourth place.

This led to combined earnings of 91, 409, 100 million Naira which fell to N77.2 million as January closed with Kevin Hart’s ‘The Upside’ kicking ‘Chief Daddy’ to fourth place.

NAN reports that earnings remained low for February, making it the lowest grossing month with a total of N291.8 million.

Top spots were alternated between ‘Alita’, ‘Cold Pursuit’, ‘What Men Want’, ‘Escape Room’ and ‘The UpSide’.

By March, viewership picked up steadily and the earnings were almost doubled from that of February leading to a total of 434, 432, 431 million Naira.

‘What Men Want’, ‘Alita’, ‘Hire A Woman’, ‘She Is’, ‘Us’ and ‘Babymamas’ enjoyed a relatively good run in March but a chunk of the earnings and viewership went to Marvel’s flick ‘Captain Marvel’.

At the beginning of April, ‘HellBoy’, ‘Shazam’, ‘Little’ and ‘Us’ continued to share the top spot with ‘Captain Marvel’ until the release of the much anticipated ‘Avengers: Endgame’.

In May, there was a massive dip in earnings similar to that experienced in February. With ‘Endgame’, ‘The Intruder’ and ‘Longshot’, it earned a total of 367, 498, 554 million Naira.

The fall in viewership is usual after a global holiday such as Christmas for December/January and Easter for April.

The numbers picked up in June with ‘John Wick’, ‘Godzilla’ and ‘Aladdin’ leading the numbers. They were supported by ‘Anna’, ‘Men In Black’, ‘Dark Phoenix’ and ‘Bling Lagosians’.