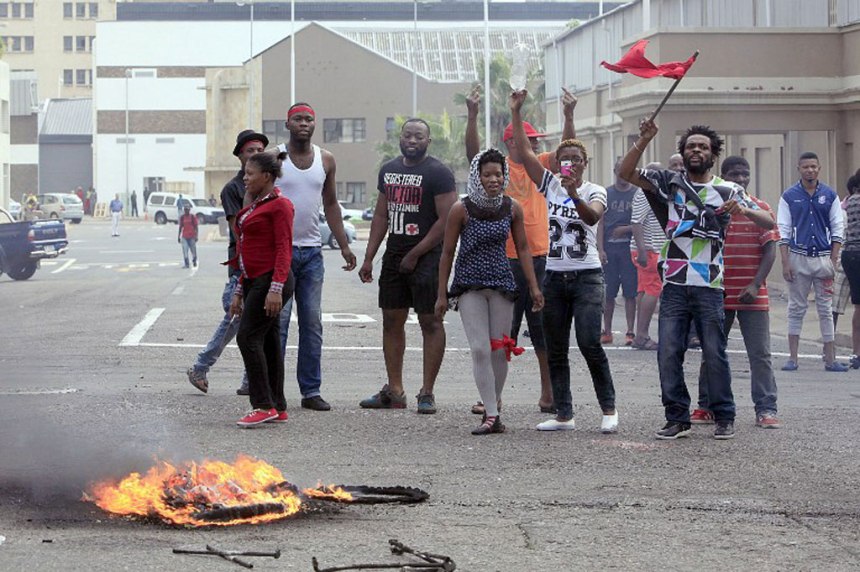 Nigerians in South Africa on Tuesday protested against continuous attacks by the South Africans.

The Nigerians protested at the Nigerian Embassy in South Africa, accusing the embassy of not doing enough to protect Nigerians in that country.

An official of the Foreign Ministry, who spoke on the condition of anonymity, informed our correspondent that the fracas that led to the latest attacks on foreigners was as a result of fake news by one of the local media.

According to the official, the local media wrongly reported the fracas between taxi drivers and drug dealers which led to the attacks on foreigners by a mob.

With lots of Nigerian businesses destroyed in the mob attack, Nigerians in South Africa embarked on a protest to ventilate their anger, in the process, damaging some properties.

The government of South Africa has threatened a crackdown but has so far been unable to prevent acts of violence.

Last week, President Muhammadu Buhari and his South African Counterpart Cyril Ramaphosa met on the sidelines of a Summit in Japan.

Both leaders agreed to meet in October, with xenophobia expected to dominate agenda at the meeting.