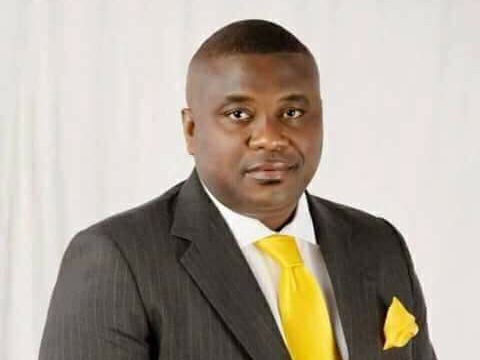 Mr Bassey was arraigned at the Federal High Court in Uyo accused of money laundering.

The EFCC, in a statement signed by its spokesperson, Tony Orilade, on Monday, said the former finance commissioner was charged before Justice A. A. Okeke on a six-count charge.

Mr Bassey’s appearance in court follows a bench warrant issued on him by the same court on June 17 for breaching the terms of bail granted him by the agency.

According to the statement, the EFCC said Mr Bassey committed the crime in December 2012.

The agency said investigations also revealed that the 46-year-old senator took possession of six vehicles worth N204 million while he was a commissioner and Chairman of Akwa Ibom State Inter-Ministerial Direct Labour Coordinating Committee.

The commission said Mr Bassey’s offence contravenes Section 15 (2) (d) of the Money Laundering (Prohibition) Act, 2011 (as amended) and punishable under Section 15 (3) of the same Act.

According to the statement, the accused pleaded “not guilty” to the counts.

Given his plea, the prosecuting counsel, Mohammed Abubakar, asked the court for a trial date, to enable the prosecution prove its case.

Defence counsel, Solomon Umoh, informed the court of his client’s bail application and moved same, praying the court to grant the defendant bail.

“The applicant, in his application, regretted the issuance of the bench warrant and explained his absence. The respondent has not disputed the fact that the applicant is on bail, granted him by the EFCC even as we speak,” Mr Umoh said.

Responding, Mr Abubakar reportedly objected to the application on the ground that the terms of the bail application earlier granted the defendant by the commission, were breached, hence the issuance of the bench warrant.

He further urged the court to discountenance the submissions of Mr Umoh and refuse the application.

But after listening to the arguments canvassed by both counsels, the court discharged the bench warrant against the Senator and adjourning to July 2 and 3, 2019 for trial, while he granted him bail.

“The defendant is at this moment granted bail in the sum of N20 million and one surety in like sum. The surety must have a landed property within the jurisdiction of this Court which will be verified by the court registrar, and the court registrar shall file the report of verification,” Mr Okeke said.

The judge ordered that the senator be held in EFCC custody, pending the fulfilment of the bail conditions.

Nigerian Senator, 204 others named as ‘delinquent debtors’ Of First Bank

Pastor who faked own kidnap remanded in prison