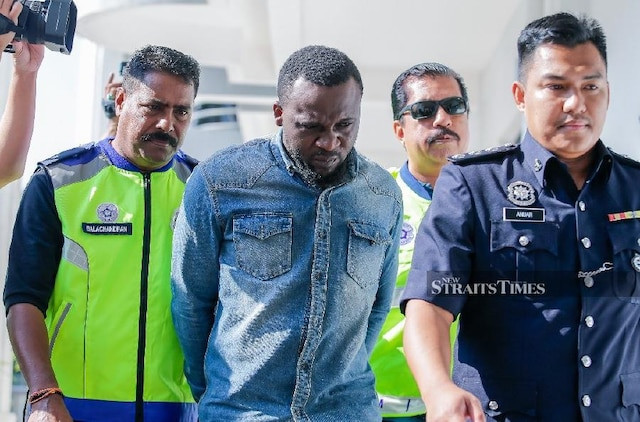 A Nigerian man was charged with the murder of a 40-year-old nurse, Siti Kharina Mohd Kamaruddin at the magistrate’s court in Sepang, Malaysia, on  Monday May 27.

The accused, 36-year-old Alowonle Oluwajuwon, nodded his head after the charge was read to him in English before Magistrate A. Akhiruddin. Akhiruddin then set July 31 for remention of the case.

According to the charge sheet, the accused was charged with murdering Siti Kharina at a condominium unit at Third Avenue Condominium in Cyberjaya, Selangor,  between 12.41am on May 9 and 2.30pm on May 15.

He was charged under Section 302 of the Penal Code for murder, which carries the death penalty upon conviction. Deputy public prosecutor Nasharina Nazlan prosecuted while the accused was unrepresented.

Meanwhile, two other suspects – a 35-year-old Nigerian woman and a 38-year-old Pakistani man – were released on court bond.

Akhiruddin ordered both suspects to surrender their passports until the conclusion of the case.

Siti Kharina, who was reported missing since May 8, was found dead at a condominium unit in Cyberjaya at 2.30pm on May 15. Investigators found slash wounds on her chest, neck and head.

The victim, who was believed to have died between four and five days before her body was discovered, was sent to Serdang Hospital for post-mortem.

Siti Kharina, who lives apart from her husband and three daughters, had served at the same hospital for five years.