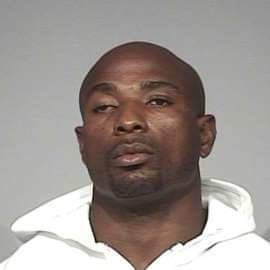 A Nigerian drug dealer, conned a US pensioner out of his life savings and later convinced him to import cocaine as part of an alleged global drug trafficking and scamming network.

Mr Peter Strand, 55, lost his job as an electrical salesman, his marriage and later $US400,000  to a series of romance scams, when he received an email in November 2013 from a scammer posing as a Nigerian Government official offering to help retrieve the funds.

According to Daily Mail, the revelations are part of a Four Corners investigation which reports phone taps inside Villawood revealed Nweke’s actions as part of a global scamming network and drug trafgicking operation run out of Villawood detention centre,

The phone intercepts, obtained by Four Corners, reveal how Nweke directed and financed the operation using an American disability pensioner, who he had never met, as a drug mule.

Nweke was recorded by the NSW Crime Commission and NSW Police as he used smuggled phones to coordinate with operatives in Europe, South America, Africa, Asia and Australia to lure Peter Strand, to Sydney airport with 2.5 kilograms of cocaine.

A Four Corners investigation has found Nweke’s syndicate was part of a worldwide network of crimeorganisations that originated in Nigeria and are now making billions of dollars a year from online fraud, drug smuggling and money laundering.

Mr Strand alone was conned out of $400,000 as part of a romance scam and spent 18 months behind bars in Sydney accused of importing 2.5kg of cocaine in 2014.

‘It was extremely well organised,’ Mr Strand told Monday night’s Four Corners in the town of Fox River Grove, near Chicago, where he has returned after spending 18 months in a Sydney jail accused of importing cocaine.

“I was hoodwinked, I was coerced, convinced or otherwise led to believe that something was going to happen that never happened.”

The retiree’s woes began after he received an email in November 2013 from someone posing as a Nigerian Government official.Soon he was in almost constant communication with the scammer who referred to himself only as ‘Bricks Manuel’.

ABC news also reported that Mr Strand’s ill-health and overt use of an oxygen pipe was cunningly targeted as it made him the perfect potential smuggler.

The New South Wales Crime Commission stumbled upon the operation to lure Mr Strand from the US when they heard Nweke on calls in 2013 to a Chinese-Australian money launderer who specialised in shifting vast sums of money offshore for Sydney drug syndicates.

At the time, Nweke was fighting deportation from Australia over his previous conviction for importing cocaine.

Nweke bragged on the phone about his ability to bring in “birds” — stooges to smuggle drugs on planes.

“I don’t put myself at the frontline,” he said. “I like to put other people there.”
He put out the call to his operatives to find a Westerner who would escape the attention of Australian Customs.

Within days, the ailing diabetic was in constant contact via email and on the phone with the official who called himself “Bricks Manuel”.

“The intensity of the communications with Bricks at some point was almost every day, sometimes two or three times a day, sometimes in the middle of the night,” Mr Strand said. “It was virtually around the clock.”

After months of communication between Mr Strand and “Bricks”, Nweke received word from a contact in Nigeria that a potential courier in Chicago had been sourced by scammers in Europe.

“The people controlling the man are in Spain,” the operative told Nweke.

The operative, who called himself Kelvin, described Mr Strand as a prize catch because he was broke, sick and frail.

“The man is the best,” Kelvin said. “He moves about with a built-in oxygen pipe — that is how he breathes, so no-one will even stop him. You will even pity him when you see him.”

Another operative told Nweke “the guy is very good for what you need him for, his age is good, he has something in his heart that helps him breathe”.

“This person is a white man, someone who is always online planning how to make money with people,” he said.

Nweke bankrolled the high-risk operation and planned to distribute shares of the profits through his international network, which his calls revealed spread into Spain, Austria, the Philippines, China, Japan and Bangladesh.

“Does this man know what he is doing?” Nweke asked in another call.
“What he knows, he is doing chemicals,” Kelvin said.
“What they are told is that they are carrying chemicals used in producing money. That is what the marketers tell them.”

Mr Strand was told he was collecting chemicals to literally launder money, an outlandish scam used with surprising success by West African syndicates as one way to convince travellers to carry drugs.

“Supposedly this cash that I was going to be getting was marked with some type of dye, which needed to be cleaned off in order for me to get clean cash,” Mr Strand said.”The cash was in turn supposed to be for me, but I never got it.”
Mr Strand was sent on three trips to South America.
“There were people during the course of all these trips that would seem to come out of the woodwork. There was a network of people who God knows how these people all fit together.”said Strand.

Australian police were waiting for Mr Strand when he landed at Sydney airport on a flight from Brazil on April 29, 2014.

Customs officers found 2.5 kilograms of pure cocaine mixed with other chemicals inside two protein powder containers in a bag he had brought from Brazil.

Mr Strand was among 44 drug mules arrested at Australian airports between 2013 and 2016 after being drawn in by criminal syndicates, many of them unwittingly, using online scams. Mr Strand’s barrister, David Barrow, represented several of them

“He wasn’t the only one who fell for it,” Mr Barrow said. “He was identified as the type of gullible person who was vulnerable to this type of manipulation. They managed to tap into his weaknesses — he was down and out, he’d lost just about everything.
“It was tailor-made to meet the need to manipulate him and they had real insights into what made him tick. They were able to respond to him in ways that constantly reassured him … They knew how to mollify him, to reassure him, to manipulate his emotions.”

As Mr Barrow trawled through hundreds of emails between Mr Strand and his scammers, as well as five months of intercepted calls in and out of Villawood, the criminal lawyer and Crown prosecutor detected a criminal methodology he had never witnessed before.

“They seemed to be like a vertically integrated company,” Mr Barrow told Four Corners. They were able to source the drugs from particular places — in this case from Brazil but from places like China as well. They had people on the ground there who obviously were able to transmit funds for the payment of the drugs, they were able to source gullible couriers like Mr Strand who were white, who were ‘respectable’, who weren’t going to be closely looked at as they travelled through international borders. They would coordinate their travel arrangements, they would put them up in hotels, they would provide them with money, aeroplane tickets and then upon receipt, they would take acceptance of the drugs and introduce them into the market, whichever country they got to. It was a well-tried and I think well-practised approach.”

According to the FBI, crime organisations that started in Nigeria have spread to more than 80 countries and are among the most “aggressive and expansionist” in the world.

American cyber intelligence firm Crowdstrike has found the crimeorganisations have adapted low-tech con artistry from the so-called “Nigerian prince scams” of the 1990s into a global enterprise, making billions of dollars a year and conning individuals and businesses on an industrial scale.

“West African cybercrime is the biggest threat that we see on the internet today,” Crowdstrike’s vice-president of intelligence Adam Meyers said.
“We’re looking at over $12 billion in five years. It eclipses all the other threats that we’ve seen that are financially motivated.”

Former US Federal Trade Commission director Steve Baker told Four Corners police around the world had underestimated the cyber syndicates for too long.

“Coming to terms with the fact these really are huge, organised, worldwide enterprises are something I think the police around the world are still learning about and we’ve got a long way to go if we’re going to do something effective,” he said.

In 2016, the US Senate Committee on Aging reported that at least 145 scam victims, most of them seniors, had been arrested overseas carrying hundreds of kilograms of drugs.

The Australian Federal Police (AFP) worked with counterparts in the US, Canada, Asia and the Middle East to investigate the syndicates that lured the scam victims into becoming drug mules.

“Between 2013 and 2016, a substantial number of drugs were brought in by people that were scammed by others. We seized 190 kilograms of methamphetamine, 19 kilograms of cocaine and 19 kilograms of heroin. These groups are very well resourced, they obviously have large numbers of people and they’re very well organised.”