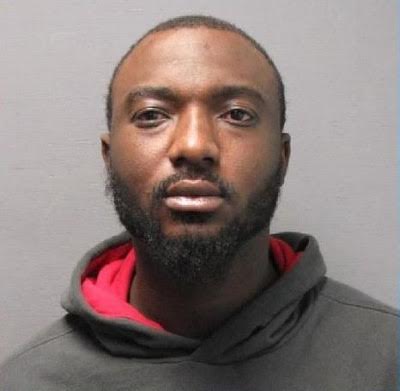 A Nigerian, Opeyemi Abdulahi Orekan, has been arrested and arraigned in the United States, US, for allegedly duping about 10 banks of over $100,000.

Orekan is said to have used fake passports from Nigeria and Ghana and fraudulent identities to carry out the act, NBC News reports.

The report said Orekan duped no less than 10 banks of over $100,000 using several counterfeit passports and the funds were sent to an individual in Nigeria.

The suspect used nine different identities, including a number of passports from Nigeria, South Africa and Ghana, to open bank accounts at a number of bank branches including Bank of America, Webster Bank and Santander to deposit counterfeit checks and then withdraw bank funds.

The transactions occurred at a number of bank branches in Johnston, Lincoln, Pawtucket, Providence and Warwick.

Bank America reported nearly $37,000 in losses from at least one of the accounts and another $26,000 from another of Orekan’s accounts.

An agent of the Department of Homeland Security who arrested the Nigerian said, “Orekan has been engaged in lengthy pattern of fraud that has been perpetuated across at least 10 different financial institutions.”

The Assistant U.S. Attorney Lee Vilker said investigators have gathered a number of records and evidence including passports that were found in a ceiling crawl space which has made their case stronger.

A bag filled with passports was also found in an old, rolled-up carpet found by the property manager of one of the apartments where Orekan resided.

Vilker said: “He has a contact in Africa that is sending him these passports.”