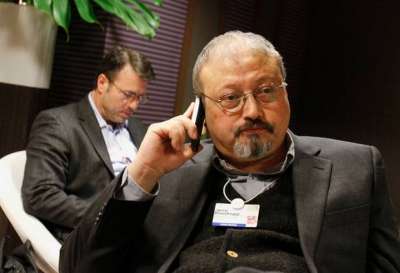 Bombshell new allegations linking Crown Prince Mohammed bin Salman to the murder of journalist Jamal Khashoggi have been published by a Turkish newspaper.

The report by pro-Government daily Yeni Safak alleges the Crown Prince telephoned the Washington Post columnist moments before he was killed in the Saudi consulate in Istanbul earlier this month.

While the claim has not been verified by officials in public, Turkish authorities have consistently leaked details of the investigation to pro-government media outlets and their reports have been largely accurate.

“Khashoggi was detained by the Saudi team inside the consulate building. Then Prince Mohammed contacted Khashoggi by phone and tried to convince him to return to Riyadh,” the report alleges.

“Khashoggi refused Prince Mohammed’s offer out of fear he would be arrested and killed if he returned. The assassination team then killed Khashoggi after the conversation ended.”

Turkish authorities believe Khashoggi’s killers held him down while his fingers were hacked off and then injected him with a lethal drug before carrying him into another room where he was hoisted onto a conference table and dismembered.

One vehicle visited the Belgrad Forest, a large forest area on the outskirts of Istanbul, while the other vehicle went to the city of Yalova, an hour’s drive from the consulate. Both areas are currently being searched for Khashoggi’s remains.

There has been speculation Khashoggi was murdered because of his open criticism of the Crown Prince but Saudi authorities insist the royal played no part in his death.

Turkish police have named 15 men, including several of Prince Mohammed’s personal employees and an Australia-trained, bone-saw wielding Saudi pathologist, who allegedly made up a “hit squad” to kill Khashoggi.