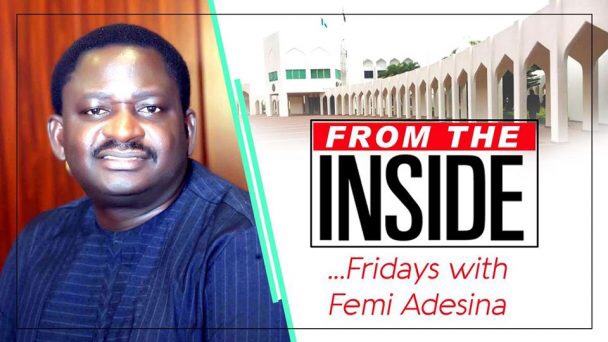 Sometime in the early days of his first term in office, President Muhammadu Buhari indicated that if Boko Haram insurgents were disposed to dialogue, he was not averse to it. He said anything that could end wanton killings in the country was welcome, including dialogue. But he added that if force of arms was what the criminals opted for, the government would not shy away from it.

I remember the hoopla caused in certain quarters by the position of the President. How could he ever consider negotiating with killers, terrorists, bandits? Was he not about to negotiate the sovereignty of the country away? How can a retired General be talking of dialogue and negotiations, when he should give the hoodlums bloody noses all the way? The sense of chagrin was great, though many of the critics had never fired a catapult before, not to talk of handling a gun, or any other assault weapon.

In defending the position of the President then, I remember making a reference to the United States, which had begun to dialogue with the Talibans in Afghanistan, after many years of strife. My position was that most of the major conflicts in history often ended at the negotiations table. The bitter enders called me names, but I kept my peace. In recent days, the rapprochement between the U.S and the Talibans is almost reaching a head, after 18 years of war. Why not?

To end every strife, there are often two positions. You either beat the enemy to pulp, pulverize and blow him away. Or you negotiate. The first was what eventually happened to the Tamil Tigers in Sri Lanka, after almost three decades of terror, in which mindless carnage was visited on the country. They got obliterated by force of arms, when their leader was clinically taken out.

The other option is to negotiate, sitting round a table, and jaw-jawing, instead of war-warring. Like it is said, it is often better to jaw-jaw, than to war-war.

Does negotiation mean capitulation? Does it mean weakness? Not necessarily so. You can always negotiate from a position of strength, and not on bended knees. All you just want is for the guns to stop booming, for the blood to stop flowing, and for hell, which has enlarged itself, to close up.

All options are legitimate in wars and civil strifes. The governors of Katsina and Zamfara States at a point opened discussions with bandits terrorizing their people. Some people screamed in mortification, saying they were submitting the sovereignty of their states to the bandits. Not so. The negotiations brought relative calm, but the bandits that remained recalcitrant were despatched to their maker. The stubborn fly follows the corpse into the grave.

That brings me to the Governor Nasir El-Rufai policy in Kaduna State, which he enunciated publicly earlier this week.

After bandits had attacked Kerewa, Ungwan Musa, and Zariyawa villages, killing over 50 people and burning homes, the Governor visited, apologized to the people for government’s inability to protect them, and declared that there would never be negotiations with bandits.

“It is our duty to wipe them out, and until we send them to their maker, the security agencies are taking the war to the forests, and we are eliminating them,” the governor said.

Good one! It is an option, and a legitimate one. Stamp out vermin. Get rid of indecency, eliminate it, so that decent people can serve their God, and live in peace. But you must make a short work of it. Do it decisively, and clear jagajaga for road, as Fela Anikulapo-Kuti would say. All is fair in love and war. But no dulling, as we say in local parlance.

Sure, there are many ways to kill a snake. Barack Obama took power in America at a time terrorists were holding sway round the world. America herself had been badly hit on September 11, 1991, with about three thousand people killed in one day. In his post-inauguration speech, Obama appealed to the terrorists to have a change of heart, rejoin decent humanity, “otherwise we will hunt you down, and eliminate you.” He made good the threat when Navy Seals decisively took out Osama Bin-Laden many months later. But first, he offered negotiation.

Nigeria has had troubled and troublous times in perhaps the last ten years or more. Thousands of souls have been sent to premature eternity by terrorists, bandits, criminals in different shades and shapes. Our military has been up and doing. They have shown strength, made conquests, but have also suffered some reverses. The war continues. One day it will end. As the day inexorably follows the night, it will surely end. But no option should be ruled out. All the cards must be kept on the table. The El-Rufai option is legitimate.

The Masari and Matawalle formula are not also uncalled for. All we want is for the guns to stop booming. The non-Nigerians, killers armed with sophisticated weapons, swarming across the Sahel region and causing sorrow, tears and blood in Mauritania, Burkina Faso, Niger, Mali, Chad, Cameroon, Nigeria, and other areas, would have to be eliminated. They have no other lifestyle, except evil. To shoot and kill, that’s the only thing they know. He that lives by the sword must die by the sword.

The ones that still have their faculties intact, and are redeemable and reformable, and are ready to embrace dialogue and peace, should be given the option. All we want is peace, amity. If it takes force to get peace, let it be. If it takes dialogue and negotiation, let it also be. You can stamp on a snake. You can cut off its head. You can club it to death. All that matters is for the reptile to die.

Lest we forget. The young Muhammadu Buhari fought the war of peace, as a young military officer, to keep Nigeria together. Many years later, as a General Officer Commanding, when Chad launched an incursion into Nigeria, killing our troops, he took the battle to them. He was already deep into Chadian territory, giving them bloody noses, before the then President Shehu Shagari called him back. He did it before. He can do it again. By force or by negotiation, Nigeria will have peace.

Adesina is Special Adviser to President Buhari on Media and Publicity