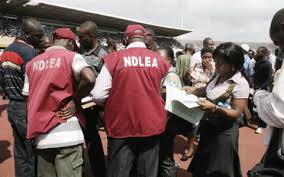 The National Drug Law Enforcement Agency (NDLEA), Kebbi State Command, has confirmed the arrest of 211 suspects and seizure of 3,717.6 kg of hard drugs from January to December 2017.

The state Commandant, Suleiman Jadi, made the disclosure on Monday in an interview with the News Agency of Nigeria (NAN) in Birnin Kebbi.

Jadi said that the command had, during the period secured 20 convictions of offenders, with various jail terms while other cases were still pending at the Federal High Court in Birnin Kebbi.

“The command noticed that Tramadol was the highest drug seized during the period under review,” he said.

Jadi, however, commended the State government, traditional and community leaders for doing wonderful jobs by enlightening the general public on the dangers of drug abuse and addiction.