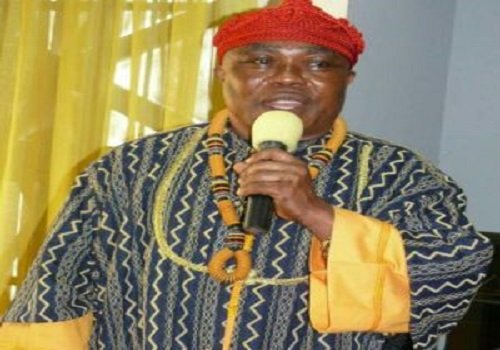 Ndigbo in APC, a group within the Lagos State All Progressives Congress (APC), has elected Chief Anslem  Njoku as its chairman.

The election held during a congress at the Lagos State Igbo Community Centre in Okota.

Uche Dimgba (Eze Igbo of Ikeja) was disqualified from the contest because ‘the position is not for traditional rulers’.

The group, in a statement, said it is sacrilegious and rape of customs and tradition, of both Igbo and Yoruba, for an Eze to lead a political party or its pressure group.

It added that after consultation with the traditional  council of Ndieze, Ohanaeze Ndigbo, Igbo speaking communities, trading communities and others which condemned the act, ‘we have been empowered to correct it and select a replacement for the position of chairmanship (executive co-ordinator) of Ndigbo in APC Lagos to stop the embarrassment Ndigbo has been facing in the party and Lagos’.

Also, all APC Igbo leaders and State Chairman, Tunde Balogun, said all Eze Ndigbo in Lagos loyal to APC should return to their palaces and be advisers as  they cannot hold party or party pressure group positions. He also said no political meetings whatsoever should hold in the palace of any Eze.

Prior to Njoku’s emergence the office  was held by Eze Igbo Dimgba.

A member of the House of Assembly and deputy apex leader of Ndigbo,  Jude Idimogu, said the development followed the party’s directive and it was supported by critical stakeholders.

He said: “What we are doing here today is in line with the party’s directive. The party is right; an Eze should be apolitical, father to all politicians, irrespective of their party.

It will amount to mockery of Igbo customs and traditions if we disobey the party’s directive. No Yoruba king occupies a political office.”

Njoku promised to operate an open leadership where every group within the group will have equal representation.

” I accept my selection and pledge that decisions will be taken collectively while mine is to implement.

I will operate an open leadership. Nothing will be hidden.”

I will make sure that every group must be represented equitably. I thank Asiwaju Ahmed Bola Tinubu, on his mandate we will continue  to stand. We will continue to mobilize more Ndigbo in APC, he said.