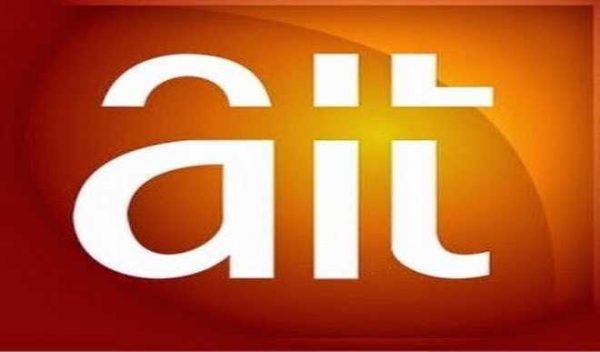 Malam Is’haq Modibbo-Kawu, Director-General of NBC, gave the warning during a media briefing on Wednesday in Abuja.

He said that despite the suspension of AIT in June and the subsequent efforts by the Nigerian Press Organisation and other relevant stakeholders that culminated to the resolution of the issues, the station has continued to violate the Broadcasting Code.

“In the last few months, our monitoring reports indicate that AIT has continued to air programmes that dwell on the on-going case of the presidential elections, and issues relating to matters in law courts, without regards to the provisions of the Nigeria Broadcasting Code and extant laws.

“On Monday August 19 to Sunday August 25, the station aired different documentaries centered on matters before the 2019 Presidential Election Tribunal; the action was prejudicial and could be termed contempt of court.

“Specifically, on Monday, August 19 a documentary titled “Who is Nigeria” was aired between 10:00pm to 10:47pm.  It centered on how the former provinces of Northern Cameroun became a Nigerian enclave.

“Track ups were given to some respondents who made statements like “Atiku is indeed a Nigerian”.

“This came a day after the APC had asked the Presidential Election tribunal to strike out Atiku/PDP petition on the basis of Section 131(a) of the Nigerian Constitution, which mandates that a presidential candidate must be Nigerian by birth.

“On Tuesday, August 20 between 10:00pm to 11:00pm, AIT aired another documentary titled “The Many Troubles of INEC: A Documentary on Prof. Mahmood Yakubu and the chequered Road to 2019”.

“This documentary contained an allegation that the 2019 Presidential Election was marred by a well-organised manipulation, violence and intimidations. It alleged that some actions taken by INEC were premeditated and schemed to favour the APC.

“It ended with Atiku’s petition seeking relief to be declared winner of the 2019 Presidential election on the nullification of the election.

“References were made to how some communities, like Daura Emirate, were allegedly formerly part of Niger Republic, and have now become part of Nigeria.

“It queried what becomes of persons whose citizenship has been declared to be non-Nigerian.

“The programme also appeared to promote the cause of the proscribed IPOB (Indigenous People of Biafra), saying their agitation is legitimate, under the United Nations Charter on Universal Declaration of Human and People’s Rights,’’ Kawu said.

The NBC boss further stated that on August 22 between 10pm and 10:30pm, there was a repeat of the documentary “Nigerian Judiciary on Trial: Lessons from Kenya” first aired on May 23 for which the station was warned.

Kawu alleged that AIT again aired a documentary on INEC and the Agony of a Nation on August 24, and it made assertions that “manipulations” of 2019 Presidential Election, have not only disrupted democratic consolidation in Nigeria but have robbed the people of their fundamental right to make choices.

He stressed that in the documentary, Yakubu’s tenure was also described as the worst in the history of INEC.

Kawu further alleged that on August 25, AIT aired another documentary titled “INEC and Qualification Requirements; The facts, The Issues” from 10:40pm to 10:56pm.

According to him, the documentary called on the court, as the last hope of the common man, to correct an alleged dereliction of duty on the part of INEC.

“The station management was invited for a discussion at the NBC headquarters on September 5, over their flagrant disregard of the Nigeria Broadcasting Code and consenting court settlement, between the regulator and licensee, from July, 2018.

“This was borne out of the station’s repeated airing of various offending documentaries, and a persistent pattern of discussing matters pending in court.

“In spite of this effort, on September 10 during the highlight of the News hour, there was a Vox Pop taken that centered on the outcome of the Presidential Election judgement.

“The standpoint of the station was clear from what the newscaster said, “Residents of Enugu State, South East Nigeria express concern on the inability of the Nation’s Judiciary to serve justice to the people.

“They already questioned the judgement of the tribunal before it was declared, even when they know that there should be no comments on any matter that is before the law court.

“Section 1.16.1(f):The law of contempt, relating to matter pending before law court’s and Section 5.1.12 News and current affairs programme shall be guided by the ethical standards of journalism.

He further emphasised that the commission had seen several twitter postings and other materials on several social media platforms, accusing the NBC of an inability to reign-in AIT, in its persistent breaches of the Nigeria Broadcasting Code.

“I want to assure Nigerians that we do not relate with any of our licensees outside of the provisions of the Nigeria Broadcasting Code.

“AIT’s continuous wilful disregard for regulation and persistent breaches of the Nigeria Broadcasting Code will be met with the very severe sanctions that the new, Sixth Edition of the Code has prescribed.

“We also want the Nigerian people to know that the NBC had given AIT enough opportunity to walk the straight and narrow path of compliance with the Nigeria Broadcasting Code.

“AIT may unfortunately be the architect of its own fate if it persists with the breaches of the instrument of regulation of the Nigerian broadcasting industry. And that is the Nigeria Broadcasting Code,’’ Kawu said.

I Will Waive My Constitutional Immunity To Clear My Name – Osinbajo

Redeployment, evidence of my versatility —Keyamo