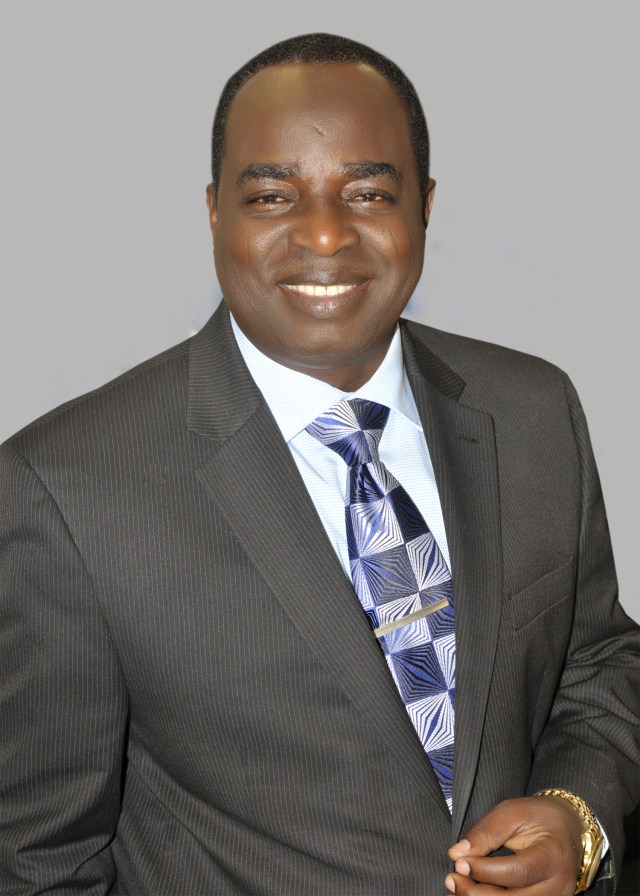 Kayode Oladele is chairman of the House of Representatives Committee on Financial Crimes. In this interview he reacts to calls for the National Assembly, the House especially to expedite action on bills targeted at making the anti-corruption war more effective.
Why do you think the Senate twice turned down the president’s request for it to confirm Ibrahim Magu as the Chairman of EFCC?

The confirmation or non confirmation of Magu is an indication of the sour relationship between the Executive and the Legislature, unfortunately in the process; somebody is the victim, because, if you look at the whole thing, it’s not just about Magu. Even during the same period, some names (presidential nominees) were rejected, or some nominations sent back to the Executive and this is because of the lack of cooperation between the two arms of government. There is no way the country can move forward without cooperation between these two arms of government. One’s role is to make laws; the other is to implement them. So, the one that is implementing cannot make and the one that is making cannot implement. The constitution is very clear on this.
Don’t you think the EFCC not having a substantive chairman is affecting the fight against corruption?

No, it’s not affecting the fight against corruption. Both arms are aware of the need to ensure that fight against corruption is out on the front burner, and that we don’t allow personal or selfish interests to affect it because it (anti-graft war) is in the heart of national development. If you look at it again, apart from the confirmation of Magu as it were, the National Assembly and the Executive are also working together in some areas, particularly in the areas of enacting anti- corruption laws.
On the issue of the chairman of the EFCC, there is no serious agreement on who should be the chairman, maybe the senate feels that they don’t want a particular candidate and the Executive feels this is the candidate that is most suitable for them. Of course, both can be resolved. But beyond that both arms are working to ensure that we have legal regimes in place to check corruption in Nigeria. There is the Mutual Legal Assistance bill which has passed through the third reading in the senate, the same senate. And we have other bills that are pending; we have the Proceeds of Crime. We have the Whistle- blower bill, the EFCC Amendment Bill. We have so many of these bills that the National Assembly is currently working on. So, I do not see how a disagreement over the leadership or headship of the EFCC would affect the fight against corruption. We have all resolved, let me put it that way, to fight this corruption, I think it would be a disservice to this country if anyone should allow personal interest to becloud his opinion.
What is your take on the low conviction rate of high profile cases by the EFCC?

I was at an international conference few days ago where I spoke. The issue of judicial corruption came up. The issue of non- conviction of high profile cases came up and my answer was very clear. The job of the EFCC is to investigate. Once you have established that a prima-facie case had been established against that person, you take the person to court through a lawyer appointed by the EFCC. The lawyer presents the case, files charges, and the accused person is arraigned before the court. At that point in time, it is not the duty of the EFCC to hand down any judgement; rather it is the duty of the EFCC to present its case to the court in the best possible manner.
The burden is always on the EFCC or at least the prosecutor to prove its case beyond reasonable doubt. And what is beyond reasonable doubt to the EFCC may not be beyond reasonable doubt to the judges. And we have a lot of interplay. We have the interplay of judicial corruption there, we have the interplay of even lawyers who on their own frustrate cases without even involving the judiciary itself…multiple series of adjournment to ensure that by the time the case itself is ripe for trial, evidence would have been lost in the process, maybe witnesses would have died, some would have left the country. So, how would you as a prosecutor prove your case beyond reasonable doubt? This is especially when you don’t have the evidence and you don’t have witnesses to take to court. So the issue of the lawyers is also very important.
The NBA is there maybe to intervene. And before now, the criminal justice system was fraught with a lot of weaknesses. And on the high profile cases…because these politically exposed persons have the money to hire the best lawyers in the country to use all the loopholes within the judicial system to frustrate prosecution and delay it, it is usually difficult getting them convicted. Many of the cases were filed 10 years ago. Some were filed even in 2003, about 14 years ago and there are still going on in court. Every interlocutory ruling is being appealed leaving the main case itself, despite the fact that section 40 of the EFCC Act says there should be no interlocutory appeal. Many courts have held that the EFCC cannot reform the constitution. So the EFCC cannot do anything but wait till the court is able to hear the case?
What do you say to those who argue that the National Assembly has not supported the fight against corruption as forcefully as it should?

Generally speaking, most of the people that speak about the National Assembly don’t even have any clue as to the workings of the National Assembly. A lot of them speak extempore, just emotionally without having an adequate understanding of the workings of the National Assembly. I say this because you discover that some Nigerians when they want to talk, they don’t have facts before them. When they talk about National Assembly preventing or affecting the fight against corruption, in what way? What I have discovered so far, is that those who don’t know much have the loudest voices in Nigeria. And they use that to sway the public opinion. I’m not saying the National Assembly as an institution does not have some bad eggs, just like we have in the Executive. But it would be out of place for anybody to just throw the baby away with the bath water.  It is wrong to say, well, because we have one or two lawmakers being investigated by the anti-graft agencies, the entire National Assembly is bad.
How will the Mutual Legal Assistance (MLA) Bill help the country in terms of investigations overseas and at what stage is the bill?

Let me just say that the Mutual Legal Assistance bill which was passed by the Senate recently is also pending before the House of Representatives, which I believe the House is going to give its concurrence. It has to do with issues relating to illicit flow of funds out of the country either through wire transfers or outright cross-border cash transfers. It also has to do with the efforts of the Federal Government to step up activities towards recovering some of those illicit funds abroad. Really, before Nigerian can effectively master this process, we have to put some laws in place.
Don’t we already have this kind of assistance? The Attorney General and Minister of Justice referred to it on the Malabu Oil deal.
The MLA is something we do from country to country. It’s not a United Nation’s convention, which when you ratify it, it also becomes binding on other countries that ratified it, rather, it is country specific. So, we have to enter into this agreement with as many countries as we feel we have those proceeds of crime. We currently have this with some countries like the United States of America, the United Kingdom, and the European Union countries. But the issue of whether funds can be released to a country depends on whether Nigeria and the countries have a MLA treaty in place. And what does that mean? We could do our investigation beyond the borders of Nigeria, but once we want to trace these proceeds of crime across borders, we need to relate with countries where we feel we have those proceeds of crime.
We would need them to assist us in the investigation, to use their own resources, their own investigative bodies and agencies to conduct these investigations on our behalf. And that is why Nigeria has to have MLA law in place. The reason again we’re doing this, is to conform with the recommendation of Financial Action Task Force that we should provide for MLA on criminal matter with other countries so as to help us recover these funds as well as prevent money laundering and counter terrorism financing. So, it (law) is very important to us.